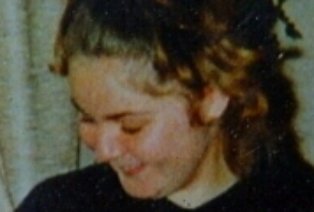 POLICE files linked child killer Robert Howard to the burial of victim Arlene Arkinson in a forest near Pettigo, an inquest has heard.

Fifteen-year-old Arlene Arkinson, from Castlederg, never returned home after a night out in Bundoran in August 1994.

Patricia Quinn, a former partner of the paedophile, was visibly upset when the Pettigo link was put to her at the hearing in Belfast.

There were angry scenes when allegations were put to Ms Quinn that she and Howard had been seen in a forest with a spade and a bag in the days after Arlene’s disappearance.

According to a partially blanked out police intelligence document, a taxi driver was overheard talking about dropping the pair off at a forest near Pettigo two to three days after Arlene’s disappearance.

A visibly agitated Ms Quinn hit out: “Get that taxi driver here and make him prove it; then come back to me.

“I was never in no taxi. Everybody is on at me about this taxi. I never went fishing with him. I don’t like worms.”

She also told the court she had instigated police searches in the Pettigo area, adding: “If I had done anything to that cutty (Arlene) would I be getting places searched? No, I don’t think so.”

Earlier Ms Quinn claimed she was kidnapped by Howard and she only managed to escape from his flat in Scotland after slipping sleeping tablets into his tea.

Describing Howard as an evil, manipulative charmer, Ms Quinn said she could have been his next victim.

The mother of three told Belfast Coroner’s Court: “For two days he kept me locked in. He kept the keys down the front of his trousers.

“Only he fell asleep, I could have been the next one.”

It was Ms Quinn’s second appearance in the witness box, having been previously been excused over claims that the stress of the case had made her contemplate suicide.

She said she deeply regrets lying to police to provide an alibi for Howard on the night Arlene vanished in August 1994 and hopes her body will soon be recovered.

She joined Howard in Scotland following the public outcry after Arlene’s disappearance in the hope he might divulge some details about his crimes but, he kept quiet, the court heard.

“He said ‘people have secrets and I am keeping them secret’ – that’s all he said,” she added. “That man would not give anything away.”

Although there was some dispute over the length of time she stayed, Ms Quinn said there was an argument and she was assaulted and held against her will at the flat in Glasgow.

“For two days I was closed in,” she said. “I couldn’t get out. Only I kept my cool, I could have been his next victim.”

Ms Quinn claimed police in the North were informed about her ordeal but did not take it seriously.

“You know what they told me,” she said. “They said you were lucky he didn’t tie you up.”

It later emerged that Howard was expelled from Glasgow after developing an unhealthy interest in a nine year old girl and watching schoolchildren in a playground.

Ms Quinn provided a bail address for Howard when he was accused of drugging, raping and imprisoning a teenage girl in Castlederg in 1993.

She has also admitted lying to police investigating Arlene’s disappearance, adding that she did not know that Howard was a violent abuser.

“I did not know what kind of person he was until I went to Scotland and then I found out,” she said.

When asked by the Arkinson family barrister if she had considered the “real consequences” of her lies, Ms Quinn replied that she felt guilty but was not responsible.

She said: “It was a white lie. Maybe it ended up a complicated lie, but at the time I thought it was only a wee white lie.”

During a previous appearance in the witness box, Ms Quinn alleged that Howard had been a police informant.

However, when pressed further by a barrister representing the Police Service of Northern Ireland (PSNI), Ms Quinn conceded she had no evidence to back up her claim.

Ms Quinn has also repeatedly denied being in a relationship with Howard, insisting they were just friends.

But she accepted that a statement made to police in 2002 detailed that they had been intimate.

Henry Toner QC, representing the Arkinson family, said: “What’s described there is quite substantially more than kissing and cuddling.”

Although he was a Jekyll and Hyde-type character, Howard had been good to her when no one else cared, the court was told.

Ms Quinn said: “He was a bad, evil, manipulating man.

“He would have charmed his way anywhere. Ask anybody in Castlederg. Everybody thought he was a great man, which I thought he was, until I realised the truth.”

Arlene was last seen in a car with Howard, who was acquitted of her murder in 2005 by a jury that was not made aware of his conviction for murdering 14-year-old Hannah Williams from South London several years earlier.

Her body has never been found.