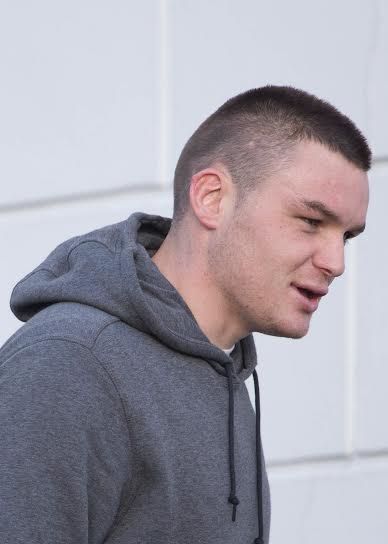 JUDGE TELLS DEFENDANT – “YOU’RE A NUISANCE TO SOCIETY, YOU DESERVE TO BE PUT AWAY” 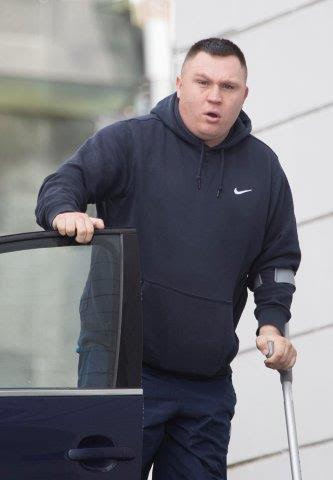 COURTS: A judge has slammed the behaviour of a man who has consistently re-offended and told him he was a complete menace to society.

Judge John O’Hagan told the Johnny McDonagh that he deserved to put away as he was a ‘public nuisance’ at a hearing at Letterkenny Circuit Court last week.

Johnny McDonagh and his brother Terence McDonagh appeared in court in relation to an incident in which they threatened to damage the property of a man whose son owed them money.

Terence McDonagh of the Big Isle, Letterkenny, was charged with threatening to damage the property of Martin Gildea at Correnagh, Letterkenny, on dates on December 11th and December 18th, 2013.

Johnny McDonagh of 12 Glendale Manor, Letterkenny, was charged in relation to the offence on December 18th.

The court was told how Mr Gildea now lived in constant fear, and had sleepless nights since the two incidents in 2013.

The court dispute was over a sum of money Terence McDonagh said that Mr Gildea’s son owed him.

On December 11th, 2013, Mr Gildea saw a vehicle approach his home, he was able to identify the driver to be Terence McDonagh.

Mr McDonagh asked Mr Gildea was his son Joey in? Mr Gildea responded that he wasn’t.

The defendant then said, ‘Well tell ‘J’ I’m looking for him’ before he jumped back in the car which sped off down the lane and out of sight.

On December 18th, Terence McDonagh returned but this time had his brother Johnny McDonagh was with him.

The pair of them went around to the back of the house and as they walked around the front an irate Johnny McDonagh met Mr Gildea and said, “Where is Terence’s money, if he doesn’t get it, I’ll burn this house down and I’ll do damage to you.”

The pair jumped in their vehicle and again sped off, Mr Gildea was left shaken following the exchange and immediately contacted Gardaí.

In his evidence Mr Gildea told the court that his life had been severely altered since that incident, and he now lived in fear.

Mr Gildea told the court, “I’m afraid that somebody is going to interfere with my family and hurt them, I live in constant fear, and every time I hear a car and get nervous.

“It has affected my wife too, and it’s just a horrible feeling to have all the time, to think that someone is out there that wants to hurt your family.”

Both Terence and Johnny McDonagh were arrested on December 20th, 2013, but neither of the defendants made any admissions to the charge.

However, in recent years he had not come to the adverse attention of Gardaí, and the court heard he had suffered serious spinal injuries in a car accident.

On the other hand Johnny McDonagh had a vast amount of serious previous convictions ranging from charges relating to burglary, possession of an offensive weapon, public order offences and assault.

Defence counsel for Johnny McDonagh, Charlotte Simpson, said that her client had serious issues with alcohol and substance abuse, and since he took efforts to address those problems had not committed any offences in the last ten months.

The court then heard how Johnny McDonagh was a 24 year-old father of two, who was expecting a third child in June.

In relation to the charges against Terence McDonagh, Judge O’Hagan said he had not been in trouble since and clearly had made an effort to stay out of trouble.

He adjourned the case against Terence McDonagh for one year on condition that he engage on a one on one basis with the Probation services and undertake regular appointments.

However, Judge O’Hagan said that Johnny McDonagh was a public nuisance, a menace to society and ought to be put away.

Judge O’Hagan said, “Johnny McDonagh is a public nuisance, you’re a menace to society and you deserved to be put away.

“You’ve a string of serious offences, and have consistently re-offended over the years, you don’t seem to have learned from your mistakes.

“The probation report submitted on you, indicates that you have a low I.Q. and have addiction issues and a poor work ethic, you don’t seem to want to conform and become part of society.

“However, I’m willingly to undertake a ‘leap of faith’ and I’ll adjourn the case for a year on the condition that he, too, engage on a one-to-one programme with probation authorities.”

The court services were given liberty to re-enter the cases within the year if necessary.

JUDGE TELLS DEFENDANT – “YOU’RE A NUISANCE TO SOCIETY, YOU DESERVE TO BE PUT AWAY” was last modified: May 4th, 2016 by Stephen Maguire
FacebookTweetLinkedInPrint
Tags:
courtsJohnny McDonaghMenancenewsNuisancepropertyTerence McDonaghthreat