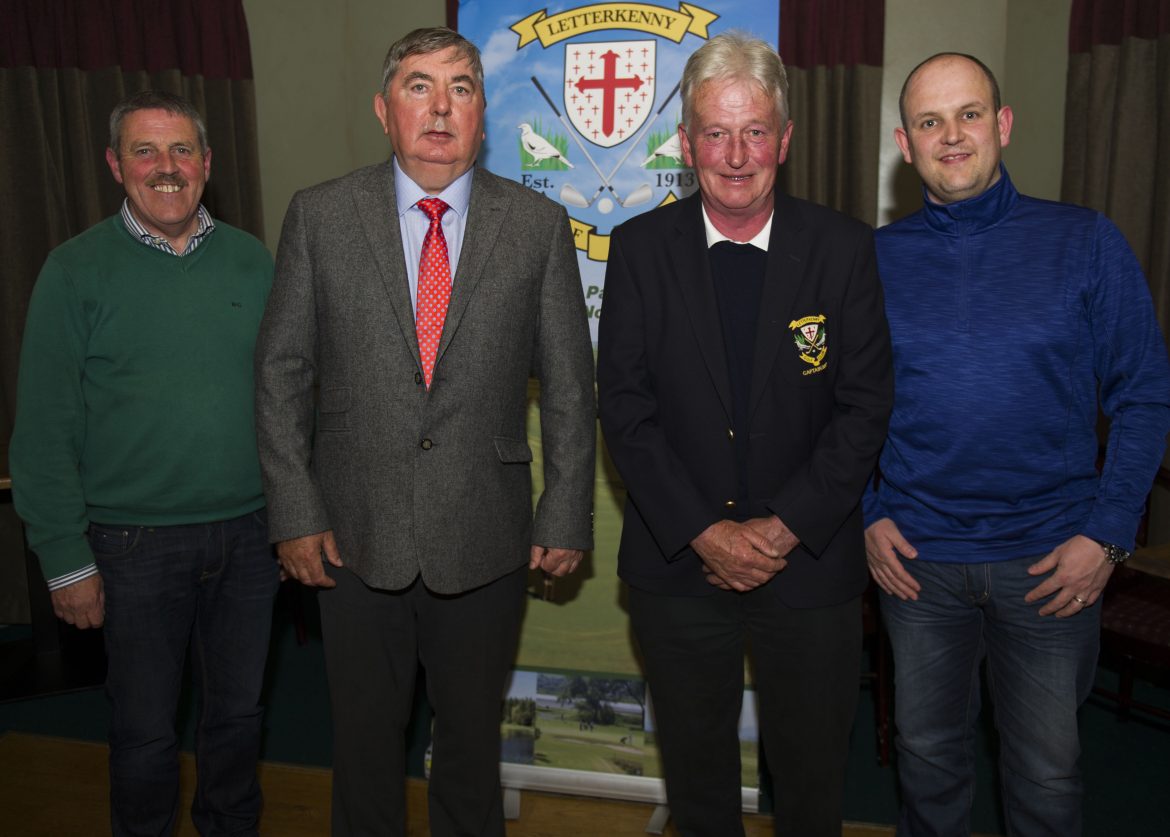 It has been a very busy week at Letterkenny Golf Club.

The Wednesday Open on 12/04/17 produced some great scores. Kenny King won the competition with 2 birdies and 11 pars; scoring 42 pts (BOT). Lee Walsh was hot on his heels with 42 pts, and Liam Kenny came in 3rd with a good score of 39 pts.

The Gallinagh Letterkenny Tool Hire Open on Sat 15th was supported by a large number of players.

Dermot Rainey come in with an excellent 40 pts (BOT) having won with 8 pars. Adrian Daly was close behind him with a card play off 40 pts. Kenny King finished third with 39 pts.

This is Dermot’s second win in recent times and indeed he has expressed the desire to reach a single figure handicap before the year ends. If he continues the way he is going it will certainly be achievable.

On Sunday we had the Arena 7 Open where Michael Shiel won with a very respectable 38 pts. Jamie Foley who is showing good form came in second with a score of 37 pts and Kieran Walsh in third place scored 36 pts. (BOT). Jack Patton put in a good Gross Score 33 pts.

The ever popular Cat 4 competition run every Monday evening by Gerry Sullivan was won by Conail McAbhaird with 24 pts. (11 holes),  and the 9 hole competition on Wednesday night was won by John Russell with 20 pts.

Alex emerges from cocoon to prove that...