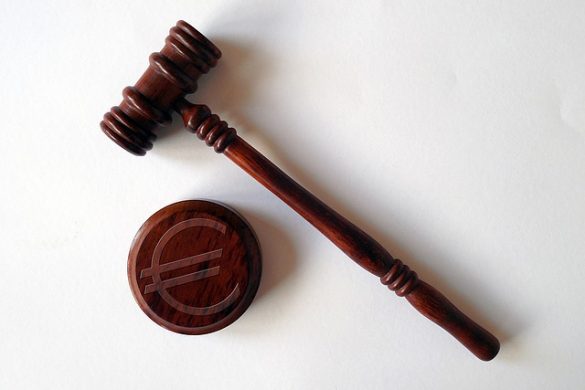 More than €11,500 was donated to local Donegal charities and community funds last year from donations to the Court Poor Box, according to new figures.

Twenty-seven organisations in the county benefited from the traditional practice in 2016, where people facing charges in the District Courts are ordered to donate money to charities in lieu of fines or convictions.

Four of St. Vincent de Paul’s local branches were the biggest benefactors of the court poor box funds last year, receiving €3,400. The Donegal Hospice also received a significant contribution of €1,460 from penalties in 2016.

The full list of local donations are as follows:

Donations from the Donegal Office:

Over €1.5million has been donated from courts across Ireland to the Court Poor Boxes.

The traditional practice of courts directing that money be paid into a court poor box in lieu of or in conjunction with another penalty is predominantly used by the District Courts in Ireland, the Court Service states:

“The option of paying into the court poor box arises usually where the offence is minor in nature and would not attract a custodial sentence. Public order offences are the most common offences for which the poor box option is given to defendants.”

Judges choose to impose the penalties for various reasons at their own discretion, according to the Courts Service: “The accused may never previously have been before the courts, the accused may have pleaded guilty, a conviction might be inappropriate, or might adversely affect employment, career or working abroad prospects, and / or the offence may be of a minor or trivial nature.

“When combined with the Probation of Offenders Act it provides an option where some financial penalty is considered merited but a conviction and fine are not. It can sometimes be a more meaningful punishment than the maximum fine where the value of a maximum fine may have been eroded by inflation.”