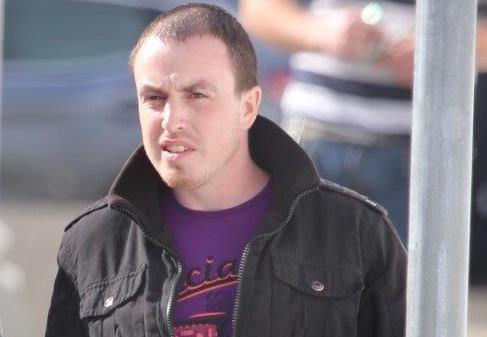 A man has been jailed for three months for a series of vicious assaults on his girlfriend.

The 31-year-old, who has 87 previous convictions, admitted carrying out the assaults at the couple’s address at Fairmount, Milford on a number of different dates.

Dunleavy told Judge Paul Kelly he wanted to get the charges out of the way.

The court was told that the accused had attacked the woman on a number of occasions.

On December 18th he admitted to choking and pushing the young woman with whom he has a child.

On December 21st, he came to the house from which he was then barred and kicked the door handle in.

On October 11th, 21017, the woman said she had been assaulted by Dunleavy when attacked her in her bedroom.

Gardai said the woman complained he had sat on top of her in her bedroom, applied pressure to her nose and then headbutted her.

On another occasion he attacked her home using a sledgehammer when he attempted to break down the door of the house.

Solicitor Donough Cleary said this was very much a domestic dispute which had now been resolved but the Director of Public Prosecutions had decided to press forward with the matter.

He said the alleged victim in the case was now in court speaking up on behalf of his client in a “supportive role.”

However, Judge Paul Kelly said this was a very serious case considering there was evidence that the accused allegedly pressurised the woman into withdrawing her evidence.

He said this was a situation where a woman had been assaulted on three separate occasions by a man who had been given numerous chances but had breached protection orders.

He said “A message has to be sent out that women are entitled to be protected in their homes and that is what protection orders are for.

“If people come to other people’s homes and inflict violence, then that cannot be tolerated.”

He sentenced Dunleavy to three months in prison for the Section 2 assault and backdated it to December 28th.

He also imposed two other two month sentences for assault and criminal damage but all sentences are to run concurrently.