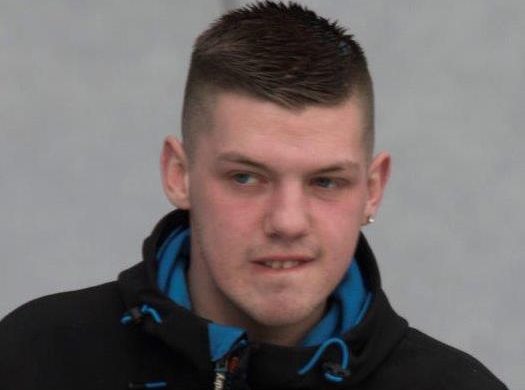 A man used his girlfriend as part of a ‘honeytrap’ to lure and mug a 15-year-old boy.

Thomas Mongan told his girlfriend to contact the boy in Letterkenny, Co Donegal to pretend their relationship was over.

He ordered the girl to tell the teenager that they had broken up and that she was alone.

When the boy turned up to meet the girl outside a local school at Glencar, he was jumped on by up to four young men including Mongan.

They set upon the young lad, punching him in the left eye and stealing his phone worth €500.

When the victim ran away, Mongan, of 13 Taobh An Sruthain, Buncrana shouted after him “The next time you’re getting stabbed.”

Mongan, now aged 21, pleaded guilty to the attack which happened at Glencar, Letterkenny on the evening of November 23rd, 2014 when he appeared at Letterkenny District Court.

The following month, on December 23, the young victim was in the local Courtyard Shopping Centre, Letterkenny, when he was again approached by the accused.

Mongan had heard the young boy and his mother had made a complaint to Gardai and the thug warned him he would “slit his throat” if he didn’t withdraw his statement.

The defendant’s solicitor, Patsy Gallagher, told the court that there was a very favourable probation report for Mongan who was charged with robbery and assault.

“He is now 21 and grasped the opportunity given to him by the Probation Services with both hands. At that time he had been dealing with alcohol dependency and was living with his grandparents.

“If the court gives him time, he will raise funds by way of compensation, but his capacity to repay is limited,” said Mr Gallagher.

Judge Kelly stated: “This is a very serious matter where someone was set up, set upon, had their phone stolen and was threatened.”

He concluded: “I am mindful of his circumstances but I will need to see something which represents a genuine intention which will make a deep impression.”

He suggested that if he had compensation of €500 for the loss of the victim’s phone and another €500 for the victim, he would consider the situation.

The case was adjourned until July 19th next.