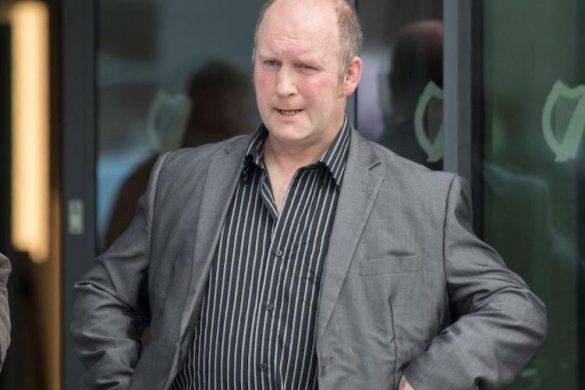 Letterkenny man drink-driving on horse and trap sent to prison

A Letterkenny man, who was found drink-driving a horse and trap at 2.45 in the morning has been sent to prison after his ‘luck run out’.

On November 2, 2016, Danny Connors was observed driving the horse-drawn carriage between two lanes of the Neil T Blaney Road.

Connors, who was ‘highly intoxicated’, sped off after being pursued by Gardai.

Connors (44) of 7 Canal Road, Letterkenny, was sentenced to two months imprisonment after threatening Gardai with an iron bar and two glass bottles as they approached him.

Connors, who has 31 previous convictions, dismounted at Canal Road and held up an iron bar to Gardai, Inspector Sean Grant said.

Connors then picked up two glass bottles and waved them at the approaching officers, who pepper sprayed and arrested the defendant.

Defence solicitor Michael Shiel said Connors ‘was dying to take the horse out’.

“He got the horse a day or two before it,” Mr Shiel told Letterkenny District Court.

“I asked him why he took the horse and trap out at half-past two in the morning. He hadn’t had a chance to take it out and he was dying to get out on the horse.

“He realises that it was an act of lunacy. It was a crazy act to do. He had drink taken and his judgement wasn’t the best.”

Asked why he had taken off when Gardai attempted to stop him, Connors claimed he couldn’t control the horse and he tried to steer back home.

Connors pleaded guilty to the charges of attempting to drive an animal-propelled vehicle while drunk and resisting arrest.

“This incident is particularly graphic,” said Judge Paul Kelly. “He took an unfortunate animal out in that condition onto an extremely busy road at that out of the morning.

“He then tried to get away from Gardai and picked up a bar and bottles. His luck has run out.”

Judge Kelly sentenced Connors to two months in prison and issued a fine of €250.

Recognisance in the event of an appeal was set on Connors’ own bond of €400.