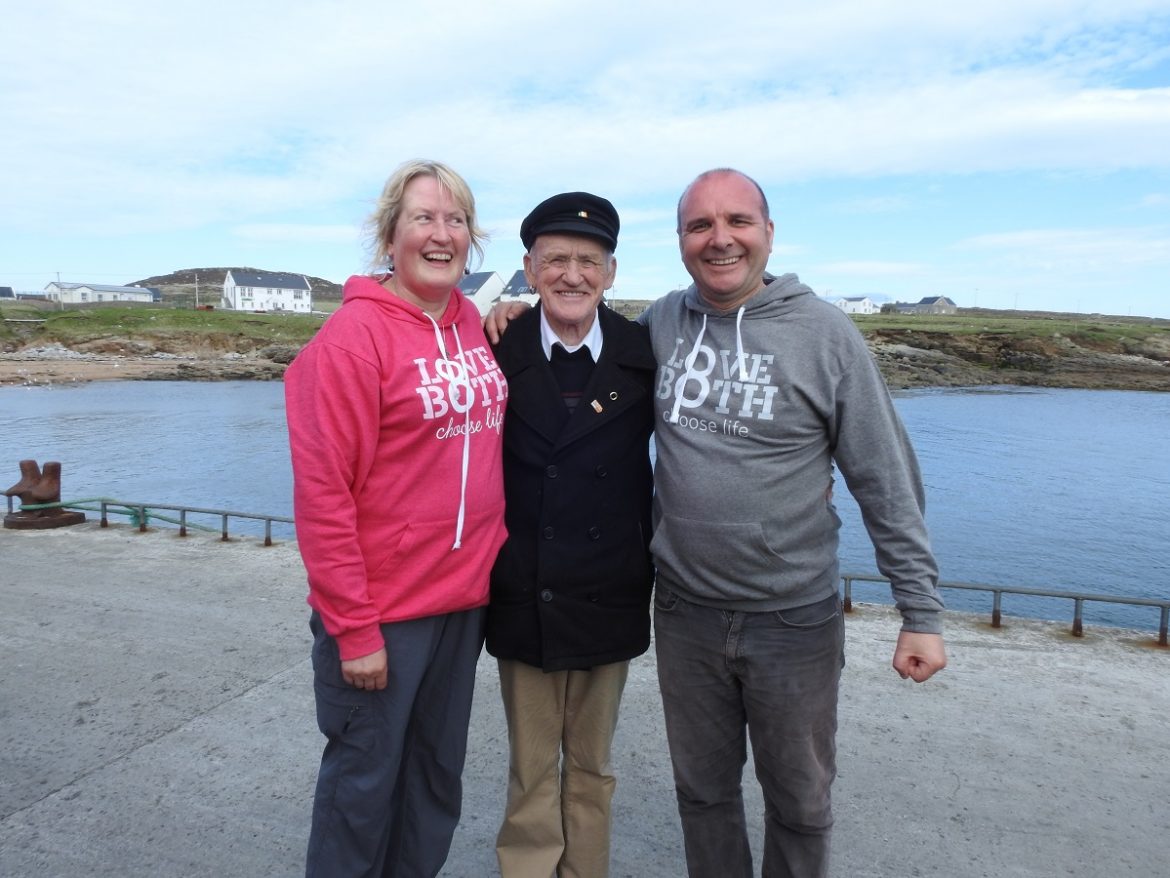 Pro-life canvassers race to Tory Island for first No votes

Members of the anti-abortion campaign travelled out to Tory Island this week to canvas the locals to achieve a No vote in the upcoming referendum.

LoveBoth canvassers visited the King of Tory Patsy Dan Rodgers and the inhabitants in their campaign to retain the 8th amendment.

Campaigner Frank McNeill said: “With the upcoming Referendum looming on the horizon it is important in such a close run race that every vote should count just as every life matters.”

McNeill said canvassers found there was a firm ‘No’  stance among the islanders they met. He said: “We had a glorious day campaigning on Tory Island with plenty of tea and craic to fuel our efforts. We also received a special fáilte mór from the Patsy Dan King of the Island whilst the people of Tory made us feel very welcome with such an overwhelmingly positive pro life response.”

The referendum to Repeal the 8th amendment of the Irish constitution will take place on May 25th 2018. It is customary that voters on offshore islands in Donegal, Mayo and Galway cast their votes in elections and referenda a day earlier than mainland citizens, so that ballot boxes can be transported to counting centres in time.