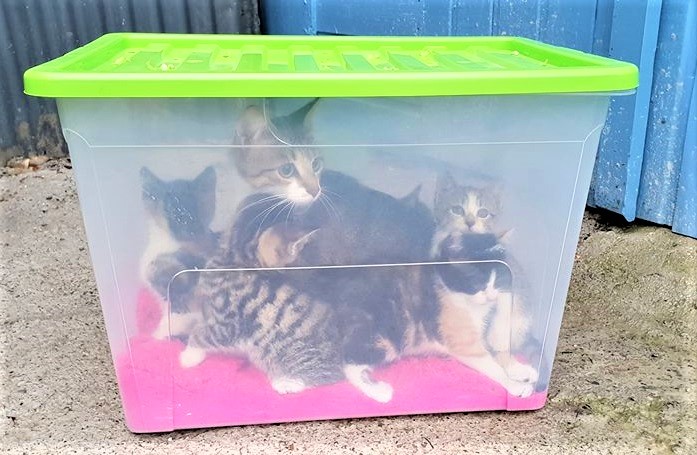 A family of cats have been rescued in Donegal after they were allegedly dumped in a storage box last weekend.

A mother cat and six kittens were found crammed inside a box on which was left on a random laneway on Saturday, according to Animals in Need Donegal.

The discovery was made by a woman who returned home to find the box, which had become very hot on the inside despite multiple piercings on the lid.

The kittens and young mother are now in the care of Animals in Need Donegal, who are dealing with a record number of kittens this summer. 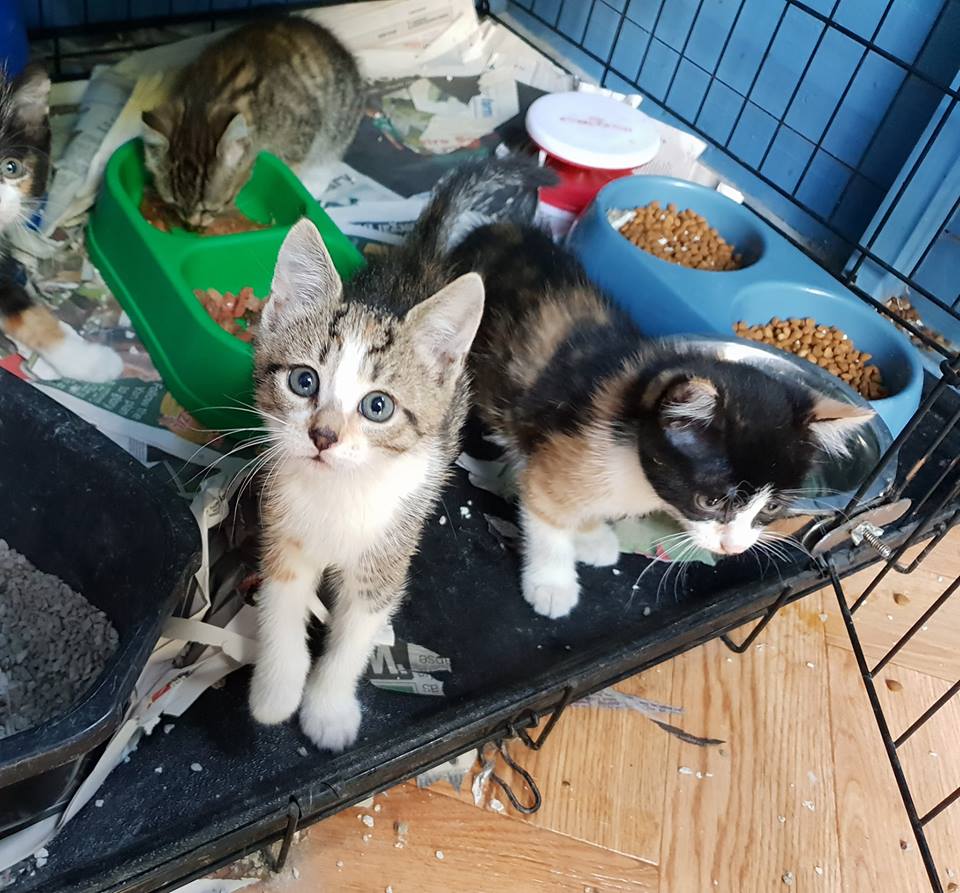 A spokesperson for the charity has said this incident ‘was no accident’.

“This family have now come into our care and the poor wee guys are recovering from their ordeal. They are all really friendly so have clearly been in a home environment, where they have been handled and fed, as all are in good physical condition.”

“It is very sad that anybody felt this was the best way out. Yes, we are full but we can always help with advice and rehoming. There is absolutely no excuse for dumping a family like this.”

Animals In Need Donegal have launched an appeal for help this week as the number of cats and kittens in their care reaches record numbers, with 125 felines currently in foster homes. 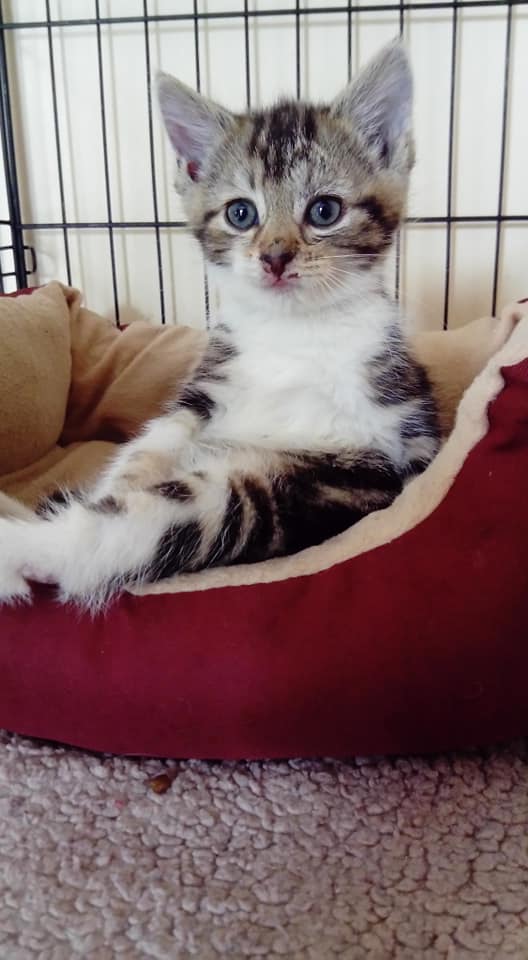 Kitten with a burnt nose after falling from a car engine

A spokesperson for the charity said ‘The number of calls we are getting this year is crazy, we have never been this busy before.’

Recent months have seen an unprecedented number of kittens arriving with untreated eye infections, leading to a number of them having to have an eye surgically removed, dozens of kittens have been found after falling from car engines, orphaned kittens are being bottle fed around the clock and others have been callously dumped deliberately. 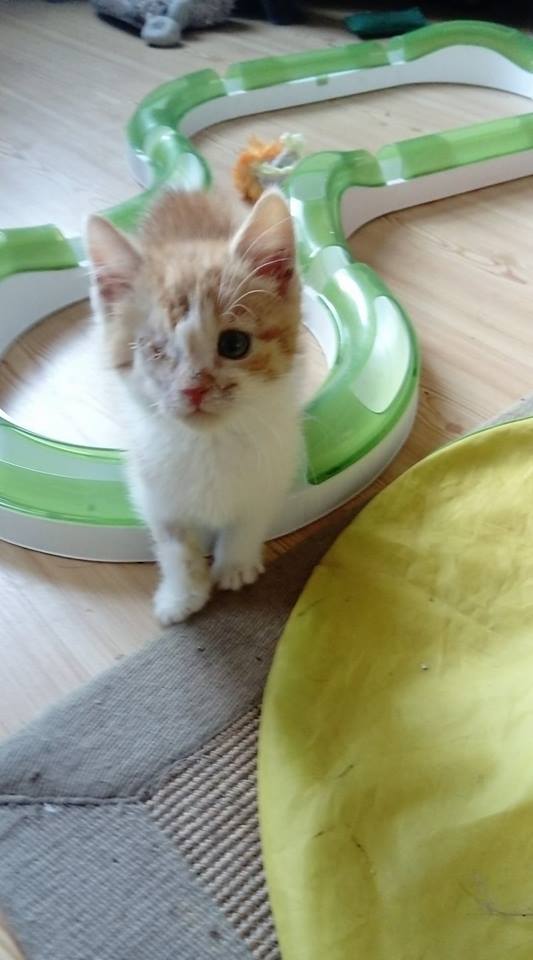 A number of kittens have lost eyes due to eye infections

Animals In Need are urging people to have their cats neutered to help to stem the number of unwanted kittens being born every year.

“Around 300,000 kittens are born in Ireland every year.  Sixty per cent of them will die before they reach 4 months of age. Please neuter or spay your cat and help to stop the suffering.”

To donate €2 to support the charity please text Kitten to 50300.  100% of text cost goes to ANIMALS IN NEED DONEGAL CLG. across most network providers.

Some providers apply VAT which means a minimum of €1.63 will go to ANIMALS IN NEED CLG.

No excuse for cruel ‘dumping’ of cat and kittens in hot container was last modified: July 17th, 2018 by Rachel McLaughlin
Tags:
Animals In Need Donegalfood appeal