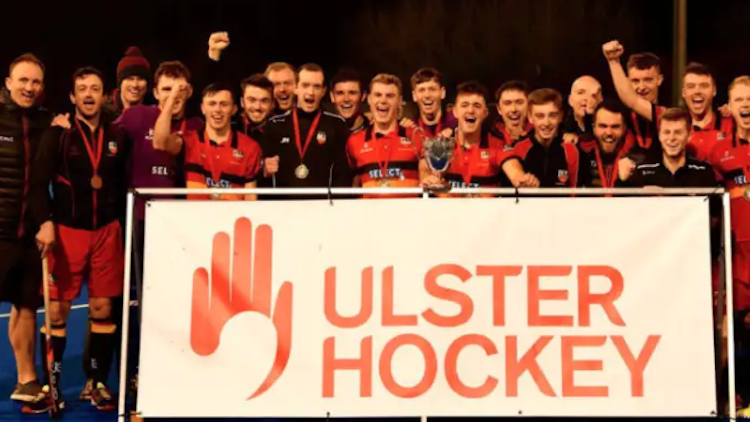 Alexander Tinney was among the goals yesterday as Banbridge defeated Annadale in the Kirk Cup final.

Tinney scored the opening goal in Banbridge’s 4-1 win at Lisnagarvey.

The Manor man was one of three former Raphoe Hockey Club players lining out in the final.

Luke Witherow was also on the victorious Banbridge side while Ben Wallace was on the Annadale side.

Tinney broke the deadlock in the 21st minute.

Johnny McKee doubled the lead and Witherow set up Josh Moffett for the third.

Wallace came close to getting one back, but was denied what would have been an excellent solo goal.

Sam Farlow made it 4-0 while Peter Caruth netted a late consolation for ‘Dale.

Raphoe come from behind to move ahead...

Hockey – Raphoe pay the penalty against...