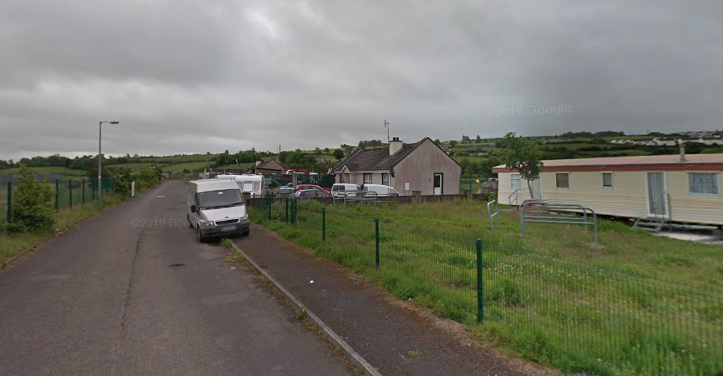 DONEGAL COUNTY Council has been granted Circuit Court orders to remove unauthorised occupants from a Letterkenny halting some.

Concerns were raised by the Chief Fire Officer about overcrowding, which prompted the action.

The halting site has seven halts and eight houses, all of which have approved tenants.

Gareth McGrory, BL, for Donegal County Council., said the site was ‘under strain with over occupancy’.

“What has happened is a developing problem,” Mr McGrory said.

“Unauthorised tenants turn up, park their caravans and occupy it. Significant fire safety concerns have been expressed.”

Ms Dana Crumlish, speaking in court, said she resided at the address for eight years. Gardaí, she said, had seized her caravan and she had been placed in a house in Letterkenny.

“I got my van back from the guards and released to the site,” Ms Crumlish who has two sons, aged 17 and 15, said.

In October, Judge Eoin Garavan granted an order preventing the defendants from occupying the lands, but put a stay on the order to allow residents engage with DCC in an attempt to find emergency accommodation.

Judge John Aylmer said he was not going to look behind the order made by Judge Garavan.

“He has taken the view that an order should be granted in favour of the Council,” Judge Aylmer said.

“He put a stay to allow them to engage with the Council for alternative accommodation. This is not a court of appeal. If you want to appeal, your will have to go to the High Court.”

The defendants outlined a willingness to engage with the Council.

Ms Crumlish said she did not want to leave the site. She claimed to have been offered accommodation for only one night and for one child, which was not suitable to her.

Mr McGrory said he believed the defendants did not reside there on a permanent basis.

“They come and go,” he told the Court.

Judge Aylmer said Ms Crumlish would have to ‘haunt the place’ (the Council offices) looking for alternative accommodation.