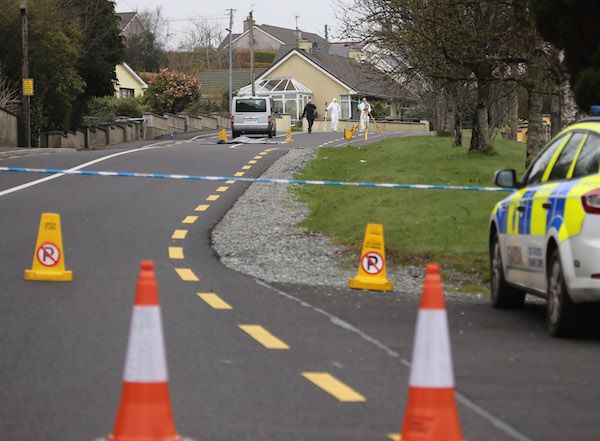 A taxi-driver who mistakenly drove over a man who was lying in the middle of a road became an alcoholic because of the stress of the incident.

Fergus Herron, aged 62, appeared at Letterkenny Circuit Court in Co Donegal where he had originally been charged  following the death of Kieran Doherty.

Mr Doherty had been lying in the middle of the road on the outskirts of the town of Stranorlar at 2.40am on April 5th, 2015 after being drinking that evening.

Mr Herron had been on his last taxi-run with two passengers when the tragedy occurred close to the Ulster Tyre Company premises on the main Stranorlar to Letterkenny Road.

The court heard that the driver did notice something black on the road 30 yards away but it was dark and foggy and it was not until he drove over the object that he realised it was a person.

Barrister for Herron, Mr Shane Costello, said his client’s life had changed drastically since the accident and since Mr Doherty’s death.

His client had served his country in the Irish army for 23 years during which he completed one tour of Lebanon.

After his career in the army, he had been honestly employed as a taxi-driver and in other jobs to support his wife and four children.

However, since the accident, he had turned to drink and has been forced to receive treatment because of his dependency on alcohol.

Although only 62 years of age, Mr Costello suggested that the accused looked 15 years older than that because of the stress the accident and court case had brought to him in the past five years.

The court heard how the family of Mr Herron, some of whom were in court, bore no ill feeling towards Mr Herron for what had happened.

Judge John Aylmer said this was an unusual case and was a terrible tragedy for both Mr Doherty and for Mr Herron.

He said “This tragedy has weighed very heavily on him and he took to drink and has had a devastating effect on him and he has displayed considerable victim empathy.”

He initially sought to apply the Probation Act but is confined by the law to apply a fine and apply penalty points.

He fined Mr Herron €300 and applied five penalty points to his license.