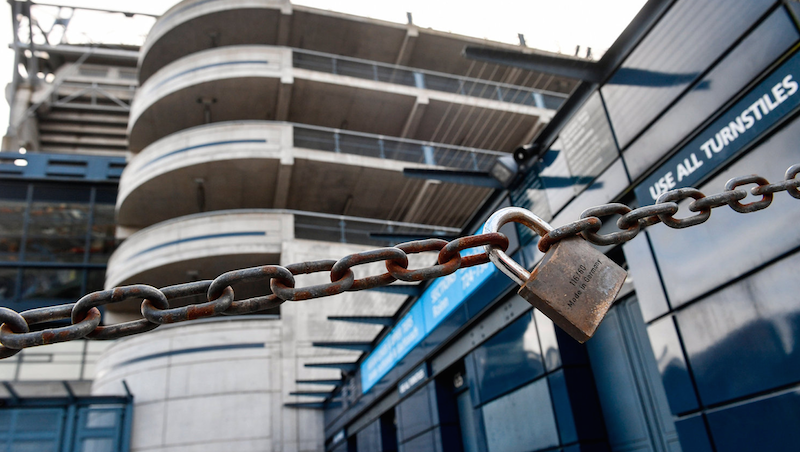 Comment: Sport must know its place until it finds its place

SIX weeks ago, the world and its landscape was a very different place.

‘Mass gatherings’ was a phrase that was only just entering our conversations. Locking down the country was a mad notion on a par with closing Churches and a summer without the GAA? Unthinkable!

Last month, who even considered painting the fence?

Six weeks ago this evening, I wrapped up and ventured to the Diamond Park in Ballyare for an unremarkable football match.

Brian Breslin scored a hat-trick as Kildrum won 5-1. Kevin McHugh scored the fifth goal, the type of goal he made his name from and the world was oblivious to what was coming.

The weather was horrific, but the night breathed new life into the Donegal League’s title race. Or so we thought. Kildrum and Castlefin – the two most recent champions – were to meet in St Johnston four days later. But then they didn’t…

That unremarkable football match was, I believe, the last competitive football game played in Donegal.  Right now, we have no idea when the next will be. It is in the unknown where the greatest discomfort is found and all we have now is hope and guessing.

Possibly return dates have become little more than a guessing game, which has become rather unhelpful in maintaining a sense of perspective.

In the days that followed that sodden March Wednesday at The Diamond Park, restrictive measures were laid down, St Patrick’s Day was cancelled, Church gates shut and The Sunday Game theme tune muted. Closures until March 29 were extended to Easter Sunday and now May 5 is the next date circled. For what, exactly, we’re unsure, but here we are.

On that week of the initial closures, Finn Harps – having made a decent start to the 2020 season – were to be in Dublin to meet Shamrock Rovers.

Donegal were due to host Tyrone in an Allianz League clash.

As we stand now, neither that nor the Ulster senior football championship match that game was to be a dress rehearsal for will happen any time soon.  O’Donnell Park, rather than hosting games in the All-County League is a Covid-19 test centre.

Sports people – and most especially sports fans – are never good with patience or perspective. Both are just what is needed now.

Covid-19 has taken a grip of the globe. Restrictive measures – such as pulling the sporting rugs from beneath our feet – are working to a degree, but sport will be among the last to resume what was once ‘normal’.

The League of Ireland is considering a wide variety of ideas to get back together, including a behind-closed-doors option, provided it was in line with HSE guidelines. Harps, like many of the businesses and sponsors who support them, will feel a pinch. Finance Minster, Pascal Donohue. has warned that Ireland is heading towards the ‘deepest recession since the Great Depression’, so that will come as no surprise.

This is something for which there are no precedents and no-one knows exactly when a fixture schedule can be set, let alone adhered to again.

Whenever a resumption comes – and it will at some point – some will be affected worse than others, whether that means scrapping some competitions or starting again from where we left off. The viewpoint on that, of course, will come from your situation at the cut-off point. The hope remains that debates like that won’t rage, but rage they will.

Individual sports people, whose lives and livelihoods depends on their successes or otherwise, who had been gearing towards an Olympic Games this year, have to recalibrate again for another 12 months. Not even the Olympics – the ‘greatest show on earth’ – could proceed.

Six weeks ago, as I left Ballyare, I had a conversation with Charlie Mitchell, an avid Kildrum supporter and the club’s groundsman.

Since that night, Charlie has successfully fought Covid and, in an interview two weeks ago, laid bare the struggles he had.

“You don’t know how hard this virus can hit until it comes to your own door,” he said. People don’t realise how sick you can get. There’ll be plenty of time for exercising and going out when this is over.”

Charlie described himself as one of the lucky ones. Others, unfortunately, have not been so fortunate.

Some are anxiously waiting for results and there are those, literally, gasping for breath as they battle the virus.

Football paled into insignificance for Charlie as he “lay in bed for nine days solid and couldn’t even get my head off the pillow.”

Lines have to be redrawn all across the world’s various spheres.

Sporting theatre – at whatever level – is not and will not be immune.

Sport will find its place again. In the interim and indeed beyond, it must also know its place.