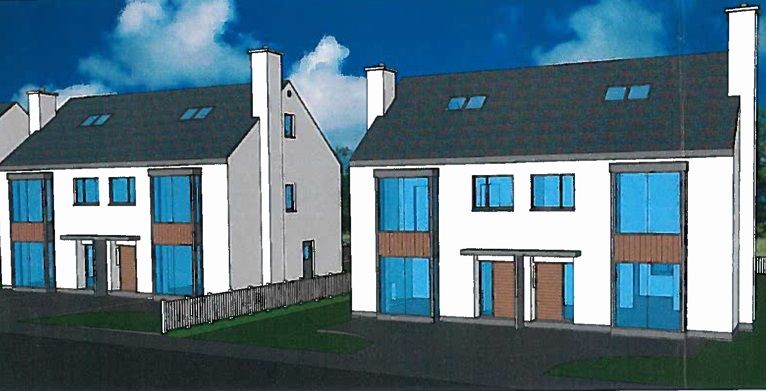 A large housing development outside Donegal Town has been denied planning permission by An Bord Pleanala.

The development at Old Laghy Road and Farmleigh Park Road in Drumrat was to include 40 housing units, including 36 houses and 4 duplex apartments.

The planning application by Tirchonaill Properties was initially granted by Donegal County Council in January. However, an appeal was made to An Bord Pleanala afterwards.

The board refused permission for two reasons following an inspection.

The second reason outlined the limited size and poor quality of private open space proposed for one housing block and for dwellings along the northern boundary of the site.

The inspector noted a limited separation distance provided between Block no.1 and existing residential dwellings to the west of the site.

The Board also considered that the proposed development was too close to rear private amenity areas of existing established dwellings to the west of the site, which would result in an unacceptable loss of privacy to existing properties in Farmleigh Park.

“The proposed development would, therefore, seriously injure the residential amenities of the existing and future residents of the site and would be contrary to the proper planning and sustainable development of the area,” said the Inspector’s Report.