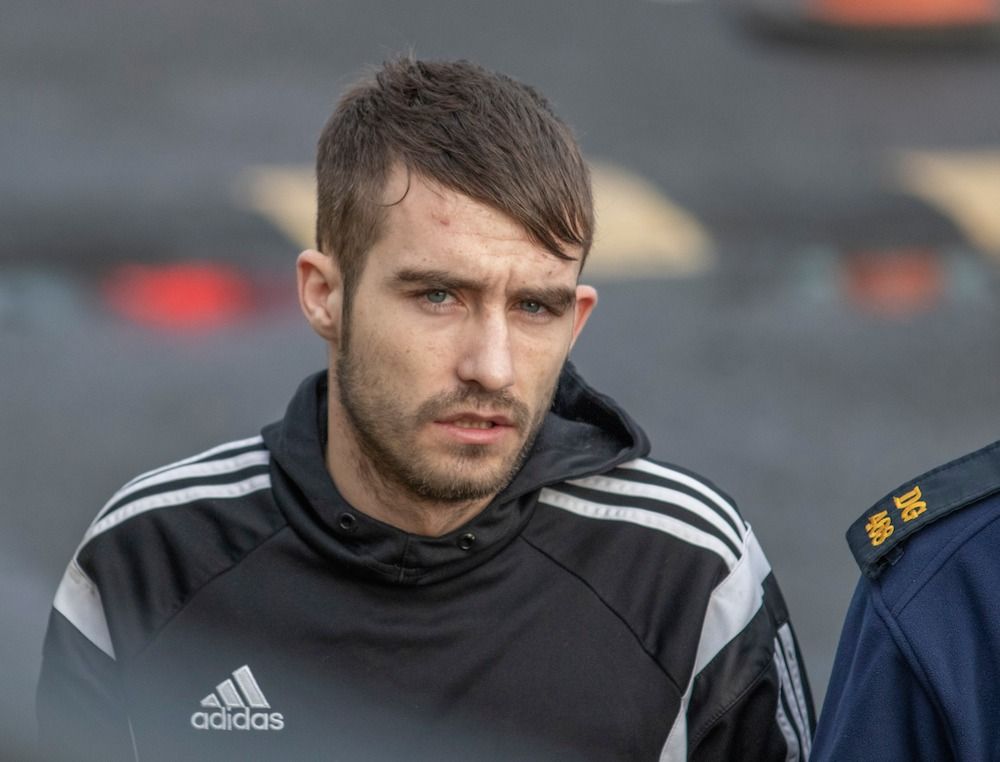 A MAJOR collision was narrowly avoided when a car sped around a busy Donegal roundabout as a man evaded Gardaí.

Conor Colhoun (24) was spared a prison term, but Judge Alan Mitchell warned that a suspended sentence will be activated should he be charged with another offence.

Colhoun, with an address at Strathfoyle, Derry, was before Letterkenny District Court on several offences.

Just before midnight on October 30, 2017, Gardaí were on patrol at St Jude’s Court in Lifford when a car being driven by Colhoun took off at high speed.

“The tyres lifted off the road and he swerved from left to right,” she said.

Colhoun crossed the bridge into Strabane.

The following day, October 31, Gardaí were on mobile patrol when they observed a recovery lorry in the process of recovering a black Ford Focus at Tullyowen, St Johnston. Gardaí observed Colhoun sitting behind the steering wheel. Colhoun admitted having driven the car when it crashed the previous night. He was charged with falling to report an accident.

On June 7, 2019, at midday, Gardai received a report that a car was driving at speed and overtaking vehicles at Port Road, Letterkenny. A member of the public presented to Letterkenny Garda Statiion and made a statement on the matter, noting that the car in question was traveling inbound and entered the outbound lane at speed. On August 6, 2019, Colhoun made admissions on this incident.

Colhoun was also charged with the unlawful taking of a vehicle from Main Street, St Johnston and two counts of failing to appear at court.

Colhoun was also charged with criminal damage on January 8, 2020 when he smashed the window of a house on Main Street, St Johnston. €200 damage was caused and Gardaí discovered that a bench warrant was in existence for his arrest.

There were pleas to all charges.

“The mother was a primary stabilising person and she died in 2012,” Mr Dorrian said. “Thereafter, it became a very rudderless craft.

“Mr Colhoun found himself in a cul-de-sac and these were acts of wilful self-destruction. He had lost hope completely, he was taking substances and he was behaving in this way.

“He was at war with the world and with himself. Everywhere he looked, the world was against him.”

“This is as harrowing and unimaginable scenario as one can find. This was something spiralling out of control for eight years. This man has been in a very unpleasant place, but he has managed to get himself back in line.”

Mr Dorrian said Colhoun, a father of two young children, was now sober and communicative and absent from alcohol and drugs.

Colhoun had previous convictions in Northern Ireland for which he was given a prison sentence in 2017.

Judge Mitchell said it was ‘marginal’ whether or not he would sent Colhoun to prison.

Judge Mitchell disqualified Colhoun for three years for the dangerous driving incident in Lifford and imposed a €100 fine. The other charges on this date were marked taken into account.

For the other dangerous driving incident, Judge Mitchell handed down a four-month prison sentence, which he suspended for 18 months on Colhoun’s own bond of €100. He also disqualified Colhoun for four years for this incident.

The hit-and-run, failure to appear, criminal damage and unlawful taking of a vehicle charges were marked taken into account by Judge Mitchell.

“I am not sure if prison would work in the long run,” he said. “He should think about his children’s future, close this chapter and move onto a better time.

“There have been tragic circumstances in his life and this is something he clearly needs help for. The way to seek help does not include driving in this matter, which may have had serious repercussions or tragedy for his or another family.