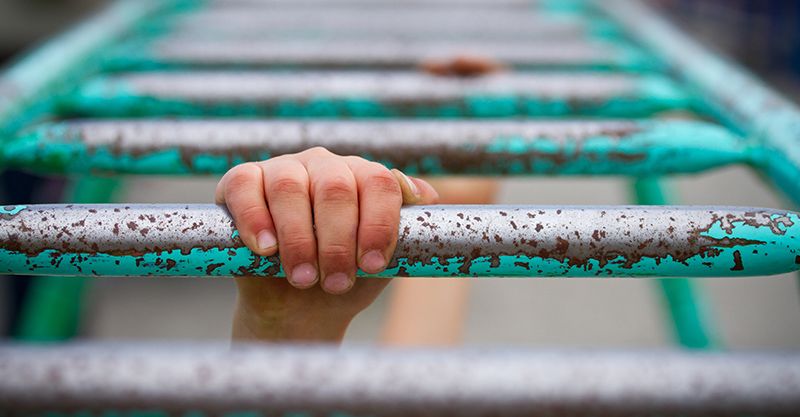 Boy awarded €7,500 after fall from ‘monkey bars’ in playground

A 10-year-old boy has been awarded €7,500 after he fell from ‘monkey bars’ in a playground in Co Donegal.

The child appeared along with his mother at Letterkenny Circuit Court where he was awarded the damages.

The court was told the boy was in a playground at Greencastle Cove, Greencastle on July 12th, 2018.

The boy, who was 8 at the time, slipped in the wet playground and fell.

He was rushed to Altnagelvin Hospital in Derry where two fractures to his arm were diagnosed and he spent two nights in hospital.

Pins had to be inserted in his arm but he still has a scar on his arm but it still expected to make a full recovery.

However, the court was told that up until the accident the boy had played sport and cycled but had not returned to playing sport and had put on weight as a result.

Barrister for the boy, Mr Peter Nolan said the sum offered did not reflect the value of the injuries which was estimated to be more in the region of €38,000 to €40,000.

However, Mr Nolan outlined the situation that the boy had not been staying at the site where the accident happened but had been a guest of some friends there.

It had been argued that the boy had not paid in to use the facilities but was a recreational user.

The court was told that there were fears that if the case came before the courts that the bar would be too high.

Judge John Aylmer also noted that the boy could be exposed to costs.

He added that it seemed that this was the wise course of action (to accept the offer of €7,500) as it could be an extremely risky case and unlikely to succeed.

He said it may be only 20% of what the injury was worth but that this sum can be invested for the child’s benefit.

Judge Aylmer added that he was also entitled to his District Court costs.