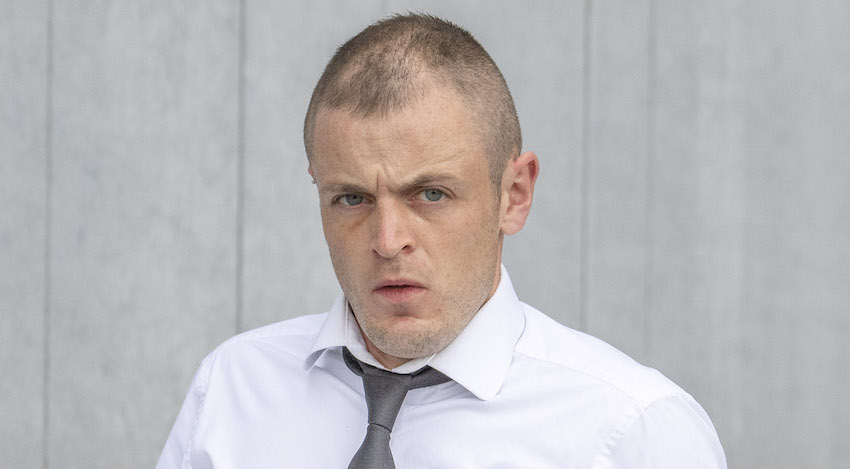 A man banned from driving for life after endangering the life of a Garda took a taxi to the house of a woman and threatened to kill her.

The 33-year-old called to the home of the woman at Beechwood Grove in Convoy with another man at 2.45am saying he wanted to speak to her son.

However, when her son was not there Dunleavy smashed windows in the woman’s car and threatened her with a beer bottle saying: “I’m going to kill you.”

He also smashed windows in the house with a garden chair.

“That’s the way it works. Tell him to get the money and the stuff tomorrow or else.”

Dunleavy, of Whitestrand, Rathmullan, has a litany of previous convictions.

In 2013, he was jailed for five years and banned from driving for life by Judge John O’Hagan for endangering the life of a garda and dangerous driving.

One of the convictions related to the night Garda Robbie McCallion was struck by a car in Letterkenny and later died in hospital from his injuries.

Dunleavy was jailed for stealing a car during the incident, but not the car that struck Garda McCallion.

On these latest charges, his solicitor Donough Cleary said his client had recently become addicted to cocaine but was relatively crime-free since being released from prison.

He is now employed as a gardener.

Mr Cleary said his client attacked the car thinking it was the woman’s son as he was angry and agitated with him and he was also drunk.

Judge Paul Kelly interrupted saying it did not matter whose car that Dunleavy has attacked.

He said the victim was left terrified after what he called a “terrifying incident” and said the situation had left a lasting impact in the life of the woman.

Garda Sergeant Jim Collins told the court that Dunleavy had apologized, said he did not mean to harm the woman and had paid €1,000 in compensation.

Judge Kelly sentenced Dunleavy to six months in prison but suspended it for two years on the condition that he stay away from the victim and her family.

The court was told that compensation had been paid to the woman while two charges of causing criminal damage were taken into account.