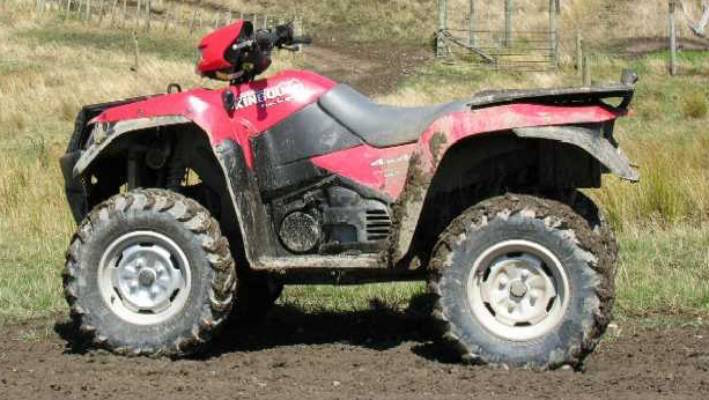 Driving ‘a privilege not a right’, Judge tells quad driver

A MAN who drove a farm quad on the wrong side of the road has appeared in court.

Gardaí saw the defendant drive on the wrong side of the road and across traffic calming measures.

After going onto a secondary road, the quad was stopped and the driver arrested by Gardaí.

Declan Porter (24) of Rossdowney Road, Derry, appeared before Buncrana District Court charged in connection with an incident. Porter was charged with dangerous driving

Solicitor for Porter, Mr Patsy Gallagher, said his client worked on his mother’s farm and was also a trainee mechanic.

“This young man has never been in trouble with the Gardaí,” Mr Gallagher said. “He is a star pupil with his own academic achievements.”

Mr Gallagher said the quad in question was ‘not high powered’.

“He has learned his lesson,” the solicitor added.

Porter was accompanied to court by his partner and Judge Alan Mitchell said: “Hopefully your girlfriend will continue to talk some sense into you.”

Porter said he would not be able to work without his licence.

Judge Mitchell reduced the charge to one of carless driving and convicted Porter, fining him €400.

“Driving is a privilege, not a right,” Judge Mitchell said. “This quad belonged on a farm, not on the wrong sides of roads.

“This should be considered irresponsible behaviour. You now have five penalty points but even worse you could have lost control and caused injury or death to someone.”