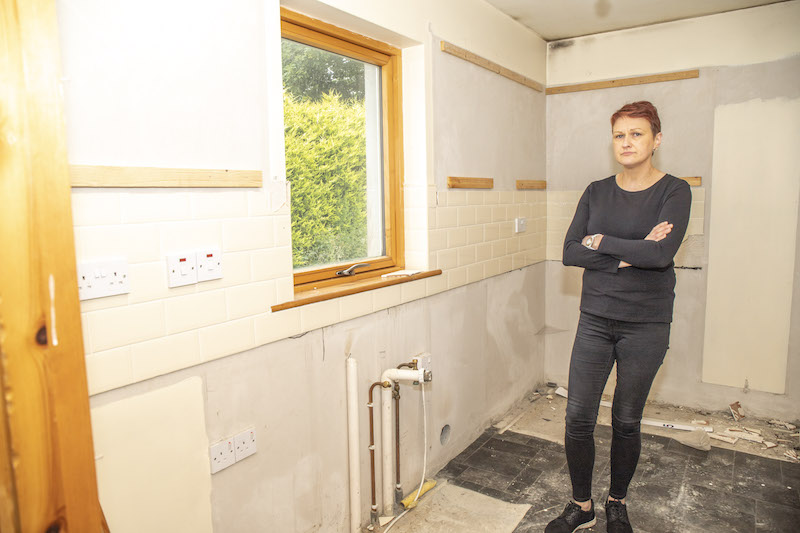 Forced to sell contents after dream home condemned with MICA

A woman has been forced to sell the contents of her dream home after being forced out of it because it is structurally unsound because it is infested with MICA.

Caroline Long moved into her home in March, 2008 after it was built by Donegal County Council on her father’s land which they purchased from him for a nominal sum.

However, just three years later after pouring her heart, soul and a large chunk of money into the house, she began to notice the house in the coastal town of Culdaff had cracks.

Those ‘spider web’ cracks began to grow and grow until it became impossible to live in.

One of the final straws for Caroline and her son was the arrival of an infestation of mice.

Things got so bad that she had to even put their food into containers. 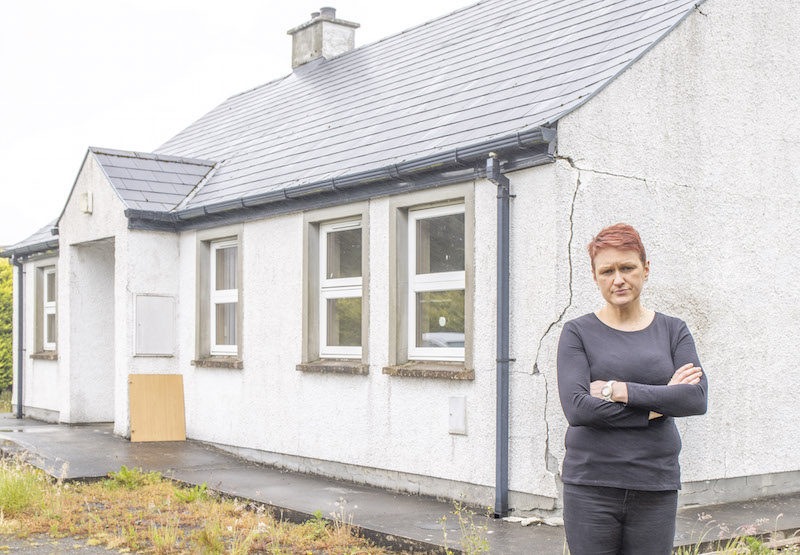 Caroline Long ioutside her former home which she was adviced to leave to MICA. (NW Newspix)

She revealed “It was a nightmare. Food which I would bulk buy would be half-eaten and I had to put it into containers.

“The last straw for me came when I noticed that the mice had eaten through wires in his room. That was it. I just thought we have to get out of here.”

A council official inspected the house and deemed it structurally unsound just before the start of the pandemic.

Thankfully the council did find Caroline an alternative home albeit ten kilometres away in Malin Town.

However, she has been left with the headache of selling many of the items she bought including expensive wardrobes to make her house in Culdaff a home.

But Caroline now fears that her nightmare is only beginning once again. 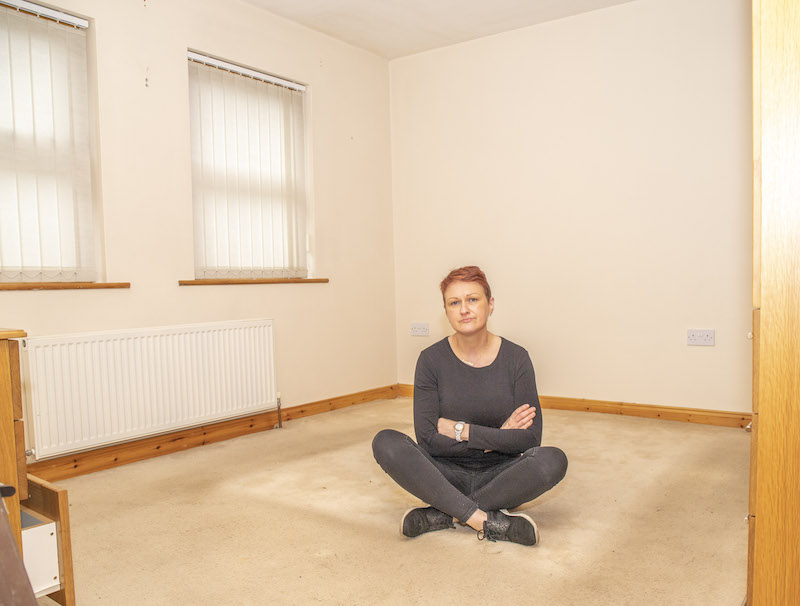 Caroline Long in cleared out room in her home which is to be demolished due to MICA. (NW Newspix)

Having recently moved into her new home in Malin, she fears that she may now be facing the same problems all over again.

She said “These homes were built using the same block supplier and I am terrified the same thing will happen again.

“I simply cannot face it again. I want to make this house a home but I simply cannot spend all this money again only to be told I will have to move out again in a few years time.

“I cannot do that again. I am 46 years old now and I thought my first home was going to be my safe haven.

“That is why I spent so much money turning the house into a home with all the things I liked.

“Now I have moved out of that house because it is falling down. It has already taken so much out of me.

“To be able to live on the land which my father sold to the council was a dream come true for me.

“But I simply couldn’t live in that house any longer. I was afraid of what was going to happen if we lived there any longer.” 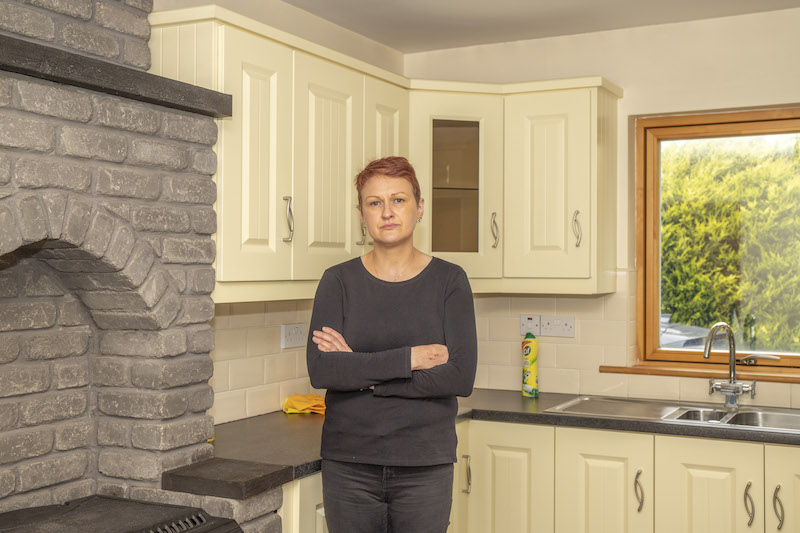 Caroline Long in the kitchen of her home which is to be demolished. (NW Newspix)

Caroline said she would like to move back to her hometown in Culdaff if the house which was built was demolished and built again.

“I’m content here for the moment and grateful that I have somewhere to live.

“I would love to move back to Culdaff but that house would have to be demolished,” she added.