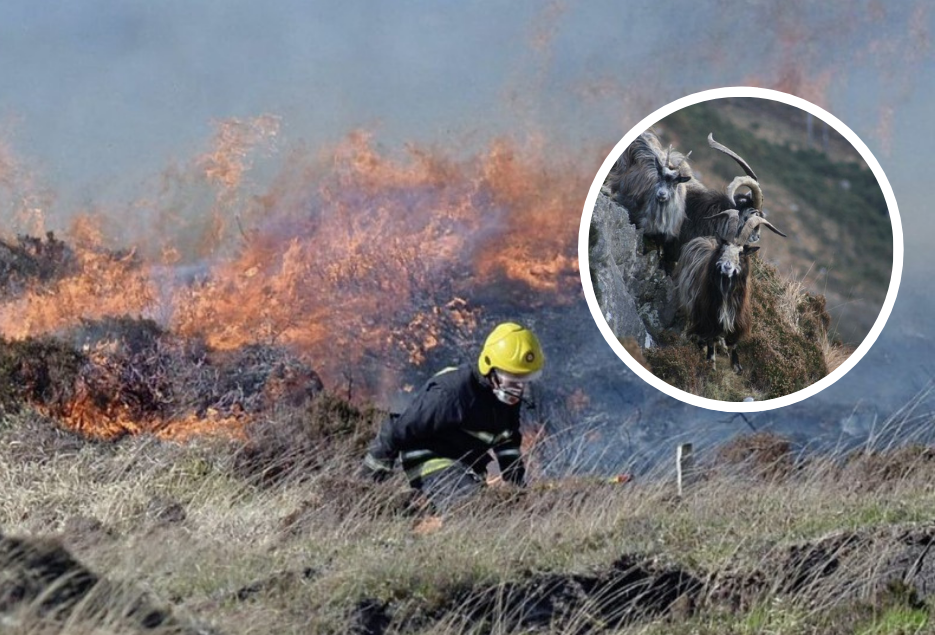 THE possibility of bringing a team of mountain goats to Donegal in a bid to curb the growth of gorse has been floated.

The suggestion was made by Cllr Micheál Cholm Mac Giolla Easbuig at the September meeting of the Glenties Municipal District.

It follows a recent move to launch a conservation grazing project on Howth Head in Dublin.

West Donegal has experienced serious gorse fires over recent years and this is seen as one preventative measure.

Two years ago, hundreds of local residents had to battle a gorse fire that tore through the area, putting homes and property in danger. In April 2019, gorse fires ravaged through a large area of west Donegal.

The blaze was described at the time by Cllr Mac Giolla Easbuig as a ‘Holy mess’ with up to 200 locals and a dozen fire tenders responding, but a house and two sheds were destroyed by the flames.

A team of Old Irish Goats was deployed earlier this month at Howth Head as part of a three-year project involving the Old Irish Goat Society and Fingal County Council.

The Irish Goat Society explained: “The Old Irish goat has the ability to control the accumulation of gorse, especially after fires and due to their skilful grazing behaviour and efficient digestive systems, adapt to feeding on harsher environments.”

Cllr Mac Giolla Easbuig suggested that rather than an internal referral within Donegal County Council, that contact be made with the Fingal Council to explore the possibility further.

“If we get that back in time we might get it into the budget,” he said.

A response is to be sought from Donegal’s Chief Fire Officer, Joe McTaggart, for the members of the Glenties MD.