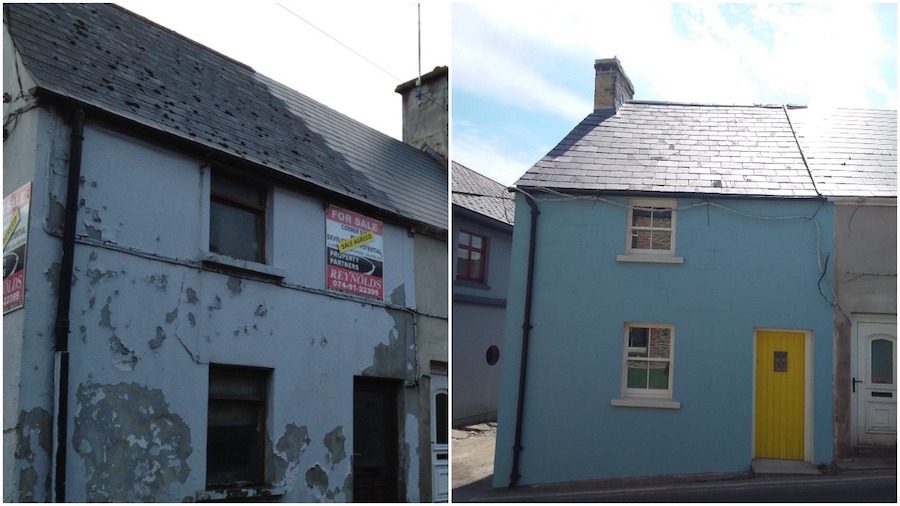 Major conference on property dereliction to be held in Letterkenny

A major conference on property dereliction is to be held in Letterkenny.

While there is no precise number reliable data sources suggests there are well over 100,000 vacant properties in the Republic.

Anyone travelling through the towns and villages in this county can easily attest to the fact that we huge numbers of abandoned properties.

With up to 3,000 people currently looking to be housed in Donegal, Letterkenny Tidy Towns, in conjunction with Letterkenny Cathedral Quarter, is to host the special conference on “Dereliction” in Dillons Hotel on Friday, 22 July, starting at 11am.

In the wake of President Michael D. Higgins’ controversial comments, it’s an event that is both timely and topical as the housing issue tops the political agenda.

Speaking yesterday the event organiser, Donnan Harvey described dereliction here as a ‘live issue’ that affects both individuals and communities negatively, and said addressing the issue would be a clear ‘win-win’ for both.

He stated: “I have been involved in the Letterkenny Cathedral Quarter project here in the town and despite the many obstacles put in our way at the outset we are now forging ahead.

“The Church Lane, which had more derelict houses than any other part of Letterkenny, is now thriving as both a residential and artisan area.

“It’s been a real success story. We have turned a sort of dying area into one that is very, very alive. We need to make this success more broad-based by addressing the issue of dereliction across the county.”

The chairman of Letterkenny Tidy Towns, Gerard McCormack confirmed that Deputy Peter Burke, Minister of State at the Department of Housing, Local Government and Heritage will officially open the Conference.

The chief speakers at the conference will be Frank O’Connor and Jude Sherry from the Anois Agency who started the Derelict Ireland campaign and brought the issue of Dereliction to the National Stage.

Mr McCormack said the conference was intended to both informative and wide ranging, giving a platform to many views and opinions.

He stated: “The confirmed speakers at the conference will include Donegal County Heritage officer Joe Gallagher; broadcaster Lee Gooch who has been involved in the redevelopment of his own home; Kyle Thompson of the New Gate Arts Centre in the Fountain area of Derry/Londonderry; Colm Murray, Architectural Officer from the Heritage Council – a former past pupil of St Eunan’s College.

And he added: “Bringing back buildings, be they commercial or residential, can add so much value to our communities across Donegal. What is a derelict house today could be a home for a family tomorrow. And when we bring about regeneration we are helping to create opportunities for people, for families. This is what this conference is really about.”

Dr. Karen Keaveney, Assistant Professor of Rural Development at UCD and a member of their Centre for Irish Towns will our moderator for the conference.

Preceding the conference on Thursday, 21st July there will be a special guided tour of Letterkenny Cathedral Quarter starting outside Dillons Hotel 7.30pm.

Brian Walsh of Letterkenny Community Heritage Group and Donnan Harvey of Letterkenny Cathedral Quarter will give an insight as to the unique history of the locality. Attendees of the Conference and others are welcome to find out what makes the area so special in the heart of Letterkenny.

Following the Conference, there will be an official celebration of the Historic Towns Initiative on Church Lane which has transformed the buildings on one of Letterkenny oldest streets.

As Donnan Harvey points out: “The celebrations on Church Lane will demonstrate that dereliction does not have to be a permanent feature but when local community, the local authority, other stakeholders and Government Agencies work together, things can change. That’s the big message we want to send out.”

Major conference on property dereliction to be held in Letterkenny was last modified: June 17th, 2022 by Staff Writer
Facebook0Tweet0LinkedIn0Print0
[mashshare]