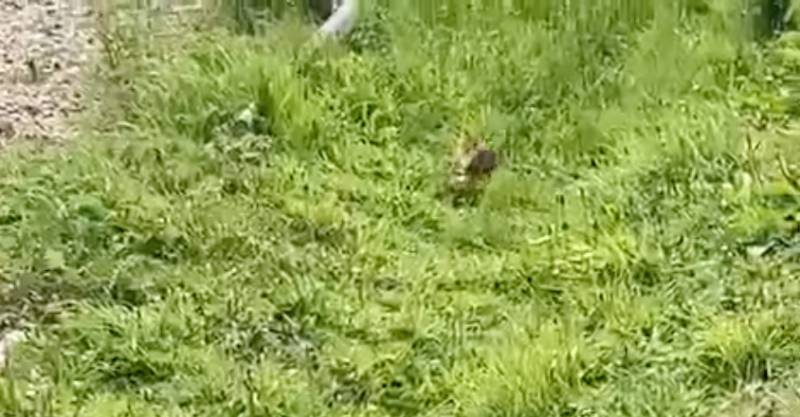 A mother corncrake and her six chicks were spotted in Arranmore this weekend.

The Corncrake is a summer visitor, typically arriving in April, that likes to stay hidden in long grasses, amongst tall weeds or in damp places.

Jim Muldowney took the video on the island of the mother and her chicks hiding in the grass.

The bird is becoming increasingly rare with its population declining rapidly, although it is classed as least concern on the IUCN Red List because of its huge range and large populations in Eastern Europe.