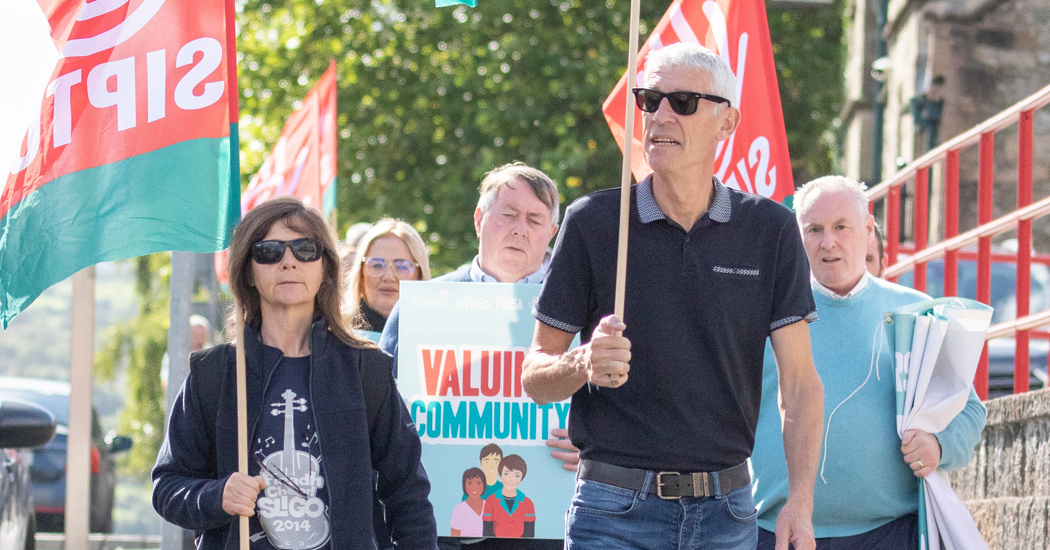 The SIPTU-led protest march and rally took place from the Port Road to the Intreo Centre on High Road as part of the Valuing Care, Valuing Community campaign.

Staff from 13 community organisations in Donegal are seeking their first pay rise in 14 years. 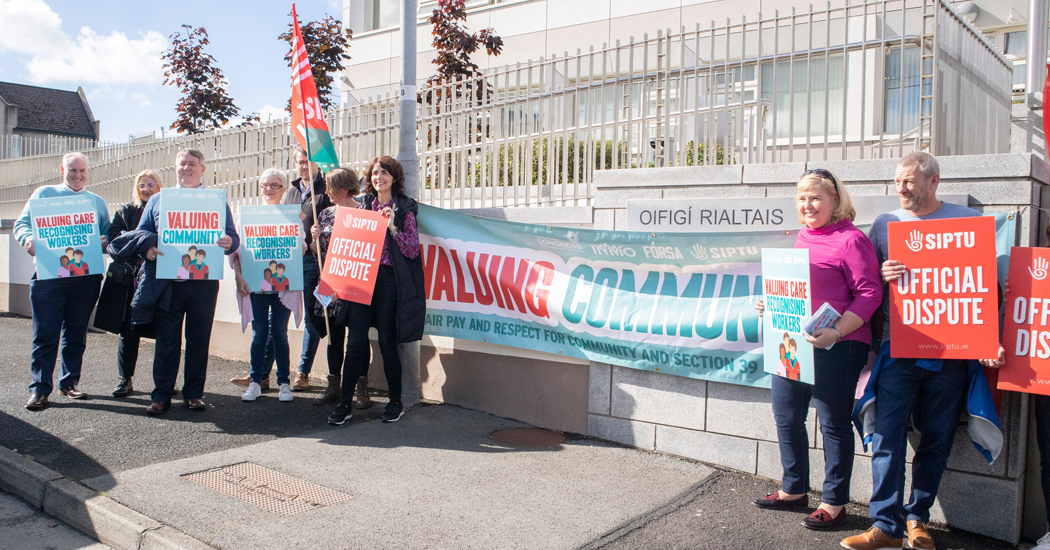 SIPTU says the Government is intent on provoking more strikes in care and community organisations as it seeks to ignore three days of industrial action in the sector.

SIPTU Health Division Organiser, Kevin Figgis, said: “Most of these workers have not had a pay rise since 2008. Unlike trade union members in the public or private sector they currently have no way of negotiating a pay increase. 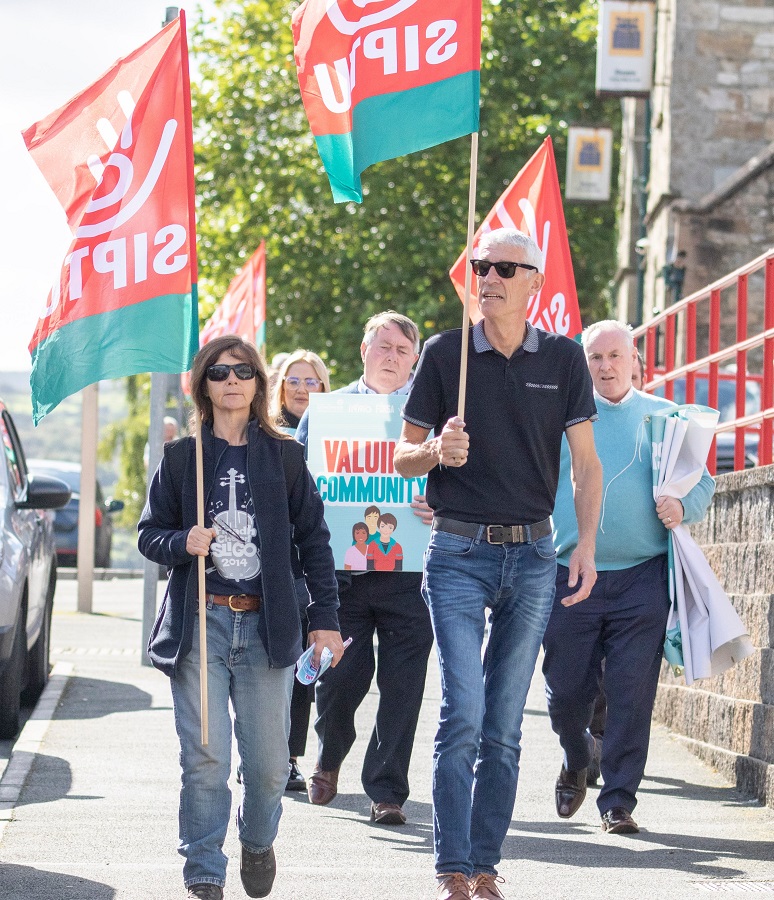 SIPTU Public Administration and Community Division Organiser, Adrian Kane, said: “Across the care and community sector, workers are demanding that their unions escalate the campaign of strike action because they have no other option in the face of a worsening cost of living crisis. These workers are being forced onto the picket line as the only alternative is leaving the jobs they love or being forced into the ranks of the working poor.”

He added: “The solution to this industrial relations crisis is simple, the Government must respect these workers and engage with their unions.”