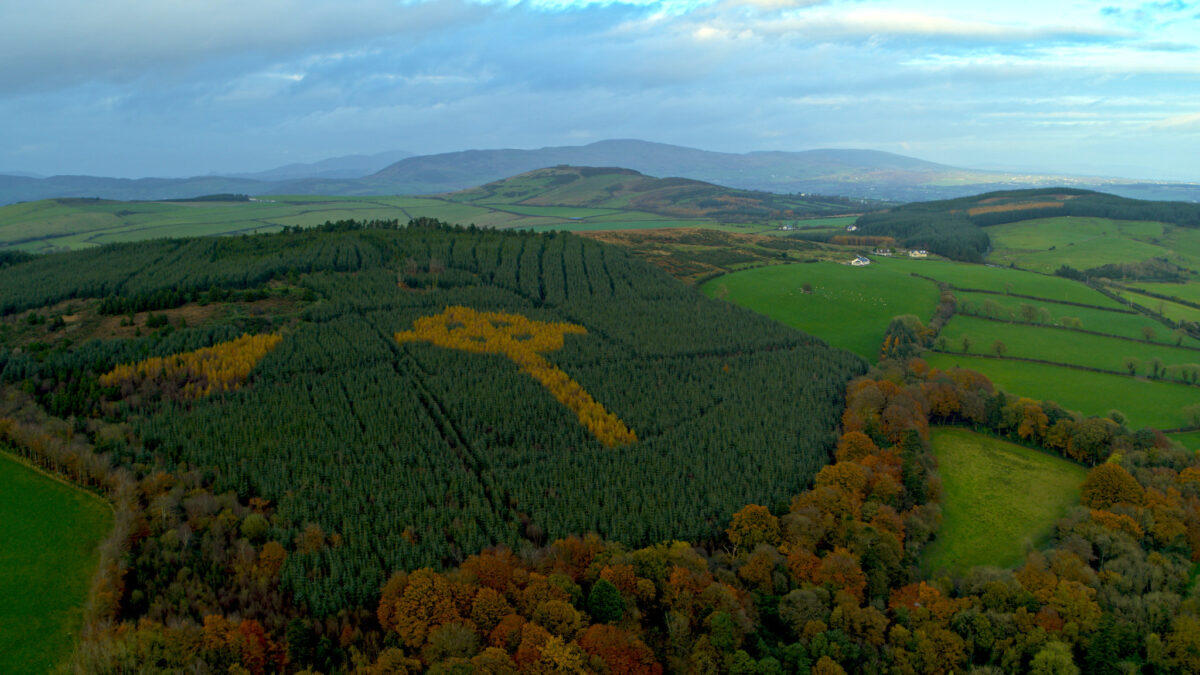 Hidden parts of the natural landscape, architecture, history and human experience in Donegal are to be explored in a new TG4 series this week.

The second episode of Rúin ón Spéir (Secrets from the Sky) will offer a breathtaking aerial tour over Donegal and other counties.

Viewers will see the Emery Cross in the Killea woods from above, as well as a cursed Donegal mansion, Glenveagh National Park and Fanad Head Lighthouse to name a few.

Rúin ón Spéir uncovers the hidden stories, memories and mythologies of a nation that are written into the very landscape.

The second programme airs this Wednesday at 9.30pm. See a preview here:

Filmed in Ultra High Definition, Rúin ón Spéir was filmed during the Autumn at various locations throughout the country. The series is produced and directed by one of Ireland’s renowned international filmmakers, Stephen Rooke (Sacred Sites – Seasons 1&2, Aerial Britain, Saving the Titanic, Waterways).

Rúin ón Spéir is produced by Tile Films Ltd. for TG4 and the international television market. It was made with the support of Tourism Ireland and Section 481, Ireland’s Film Corporation Tax Credit.