TWO Donegal athletes have been chosen to represent Ireland at the European Championships in Paris on March 5th. 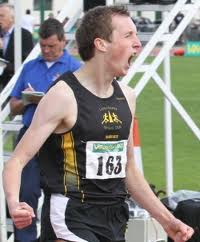 It’s a huge achievement for the county considering there is just seven athletes on the team.

Both 800 metre runner Darren McBrearty from Letterkenny AC and pole vault specialist Tori Pina from Finn Valley will be hoping to impress having been chosen.

Another two Donegal athletes have also been chosen to represent Ireland in the European Walking Championships in Portugal in May.

Both Brendan Boyce of Milford and Jeff Cassin will be hoping to finish high in the rankings in the 50km event.

Athletics coach Patsy McGonagle said the selection of the athletes is recognition of their great strides in recent months.