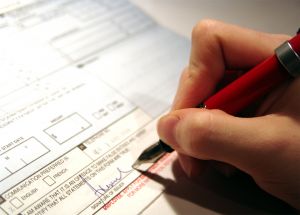 A number of people have appeared before the courts today charged with making false dole claims.

A number of people appeared in court charged with defrauding the social welfare.

Two separate cases before Judge Paul Kelly at Letterkenny District Court came to a combined total of €50,000 in bogus claims.

The various cases were taken by the Minister for Social Protection against various individuals.

Judge Kelly addressed one man who had made a false statement to the dole office and claimed bogus payments of €26,000 over four years.

Judge Kelly told the man “That’s at the expense of people who are entitled to it.”

A number of other individuals also appeared before today’s court charged with making false claims to claim dole payments.

The court heard a number of the individuals are paying back the falsely claimed cash as part of repayment plans agreed.