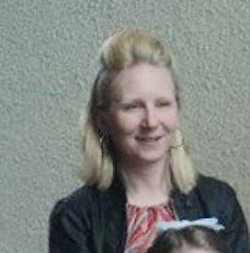 The funeral takes place today of mum-of-three Sheena Stewart who was killed in a tragic accident in the early hours of New Year’s Day.

The 33 year old is believed to have tripped and fell into the path of an oncoming mini-bus in Ballyshannon at 1.50am on January 1st.

Originally from Dooish in Ballybofey, Sheena was living at Gort na Greine in Letterkenny.

She was the first person to die on Irish roads in 2015.

She had been a voluntary worker at Cara House in Letterkenny where she was held in hugely high regard.

Co-ordinator of Cara House, Ms Susan McCauley, said Sheena would be sorely missed by all those who knew her.

“Sheena has been a valued volunteer in Cara House for more two years, coming in and helping in the kitchen every Monday and Tuesday,” said heartbroken Susan.

“She was so reliable, thoughtful and willing to do anything she saw was needed. She was a valued member of staff. She will be sorely missed. Our thoughts are with her family and friends on their sad loss.”

At the request of her family, donations in lieu of flowers have been requested to be made to Cara House, c/o Gibson Funeral Directors in Convoy.

Donegal Daily would like to express its sympathy to Sheena’s extended family on their tragic loss.

The scene of the accident in Ballyshannon where Sheena Stewart died.