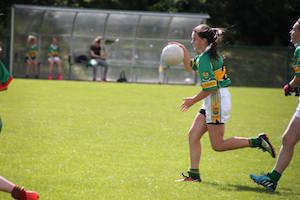 The Donegal LGFA U13 County Championship takes a break this weekend due to the showpiece All-Ireland Finals on Sunday at Croke Park.

Two clubs will also be representing the county at the prestigious Kilmacud Crokes 7s on Saturday with St Eunan’s, who return for a second year, and Milford both travelling to Dublin for the tournament.

So the final games in this round of the U13s have been fixed for Saturday week next, October 3 (11am), with any outstanding games having to be played between next Monday, September 29 and Monday, October 5.

Teams finishing on the same points in the group stages will be separated on the head-to-head ruling.

Here’s a round-up of results and tables so far is below:

Next Up in Group One

Next up in Group Two

Next Up in Group 3

Next Up in Group Four