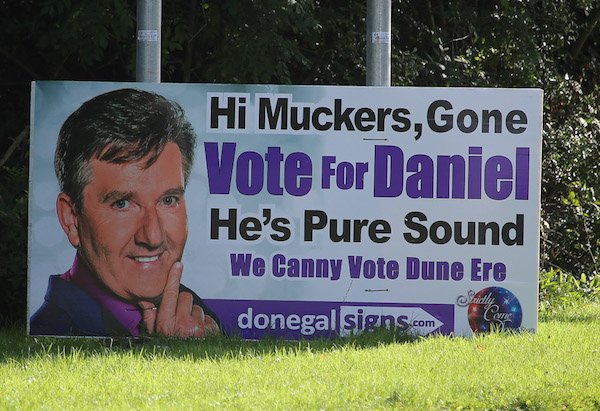 The hilarious signs placed along the Donegal border.

Fanatical Daniel O’Donnell fans are erecting signs along the border pleading with his fans in Northern Ireland to vote for their man on Strictly Come Dancing.

The professional posters, made up by local company Donegal Signs, have been placed along the border between Donegal and Derry in a bid to pick up votes. 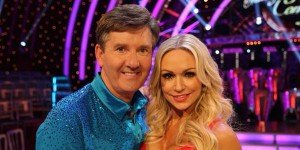 The hilarious signs are written in local Derry lingo in a bid to get votes in for the star on the BBC show.

Signs have appeared along the border in villages including Muff and Bridgend.

Fans in the Republic cannot vote for the country singing sensation.

Daniel himself says he needs the support of his fans across Northern Ireland to keep him in the competition.

“I am like the politicians now, as I have to solicit people to vote for me,” he said.

“Never before did I have to look for votes, but I am going to have to call on the people in the UK and Northern Ireland to vote for me every week on Strictly.”

Many other Daniel fans are already sending money to relatives in the North and the UK to but there man votes.

Bookmakers have already slashed the odds on the Kincasslagh man winning the competition because of the power and loyalty of Daniel’s fans.