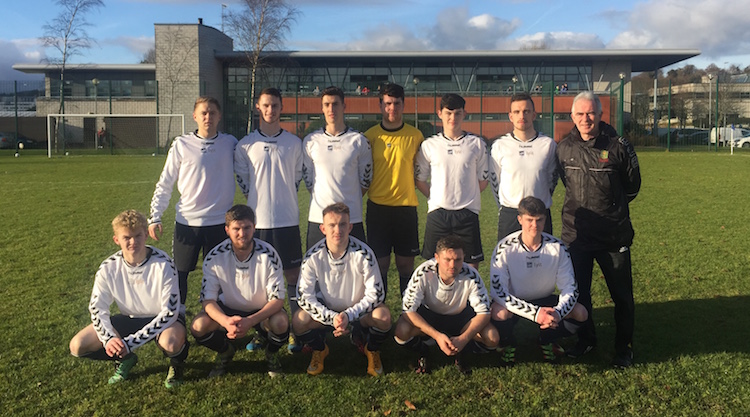 RED-HOT Paul McVeigh grabbed a hat-trick as LyIT defeated Athlone IT at the Port Road to reach the next round of the CFAI Cup.

The Letterkenny Rovers striker’s trio of goals helped the Letterkenny men to a 5-0 win on a day when Daire McDaid and Dean Larkin were also on the mark.

McVeigh struck twice in the first half to put Shane Byrne’s team in control.

Athlone had two men – Emileaono Quintama and Jason Lyons – sent off just after each other on the hour mark, but the game was already Letterkenny’s by then.

McVeigh opened the scoring in the sixth minute after his determination led to him getting a shot away and he scored off the post.

LyIT had a host of chances before McVeigh put them two up in the 45th minute when he converted on a breakaway.

Ryan Connolly’s cross, after good defending by LyIT prevented an Athlone equaliser, was headed into McVeigh’s path by McDaid and the frontman blasted home.

McVeigh provided the assist for McDaid to hit the third and McVeigh secured his hat-trick in the 76th minute after latching onto Larkin’s pass.

It was Larkin who had the final say, firing in the fifth to complete a great day’s work for the on-form LyIT men.

Deadly McVeigh on song as LyIT cruise to win over 9-man Athlone was last modified: November 30th, 2016 by Chris McNulty