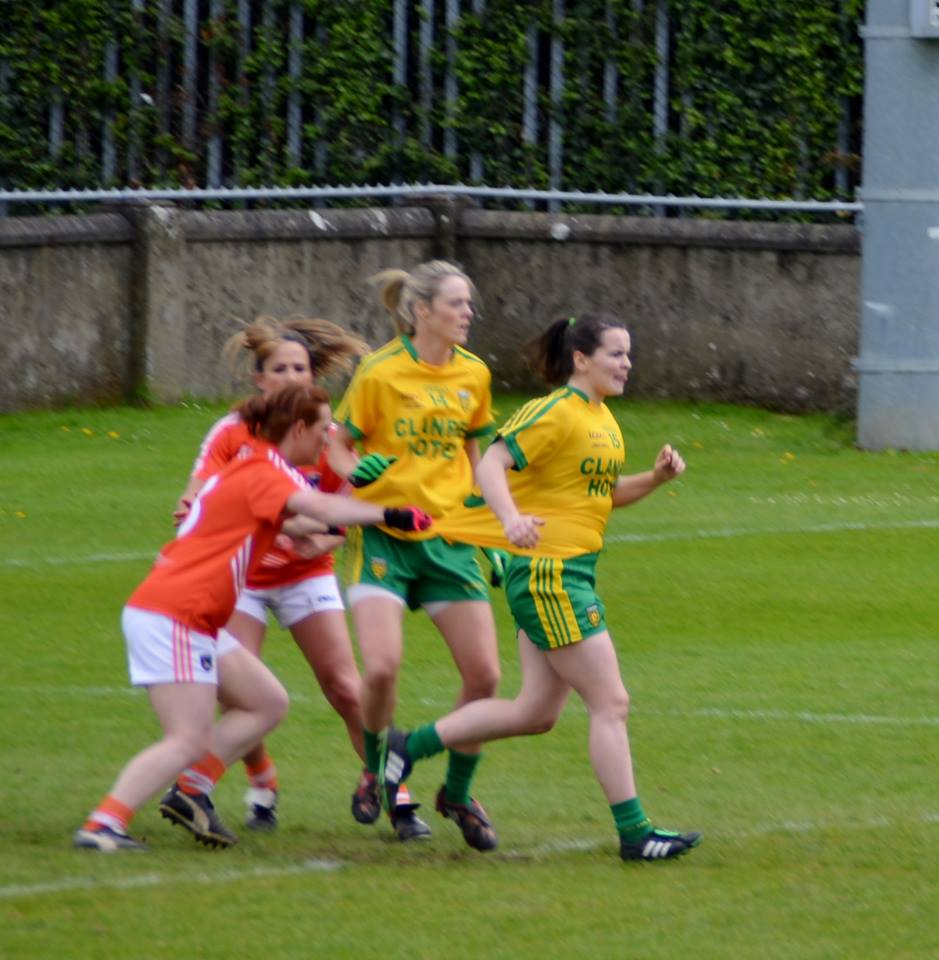 DONEGAL PROGRESSED TO the semi-finals of the Lidl National Football League Division 1 with an impressive victory over Mayo in Convoy.

The side managed by Michael Naughton will now play Galway in the semi-finals having topped the section on score difference from Cork and Dublin.

And not for the first time it was the deadly duo of Yvonne McMonagle and Geraldine McLaughlin who were the driving forces in the victory, with a combined total of 3-9 between them.

McMonagle popped over the first point after only 13 seconds but Donegal were three guilty of affording Mayo’s decorated centre-forward Cora Staunton too much space and the 10-time All-Star drove home the first goal of the game.

However, Donegal regained their composure to move into a 0-6 to 1-1 lead and when McLaughlin and McMonagle swapped positions momentarily, the latter rifled home Donegal’s first goal.

Staunton, Sarah Rowe and Aideen Gilroy all posted points for Mayo, but Donegal also kept the umpires busy with a succession of scores, with Roisin Friel on the mark along with McLaughlin and McMonagle.

Then, right before half-time, McMonagle scored her and Donegal’s second goal with a shot that rifled right into the top corner. At the break, Donegal were 2-10 to 1-6 in front.

On 36 minutes, Karen Guthrie grabbed Donegal’s third goal to put 11 points between the sides and McLaughlin added two further scores to put Donegal into a lead of 3-13 to 1-6.

Both teams were awarded late penalties. McLaughlin scored for Donegal and Staunton rolled home her second goal for Mayo, from the spot.