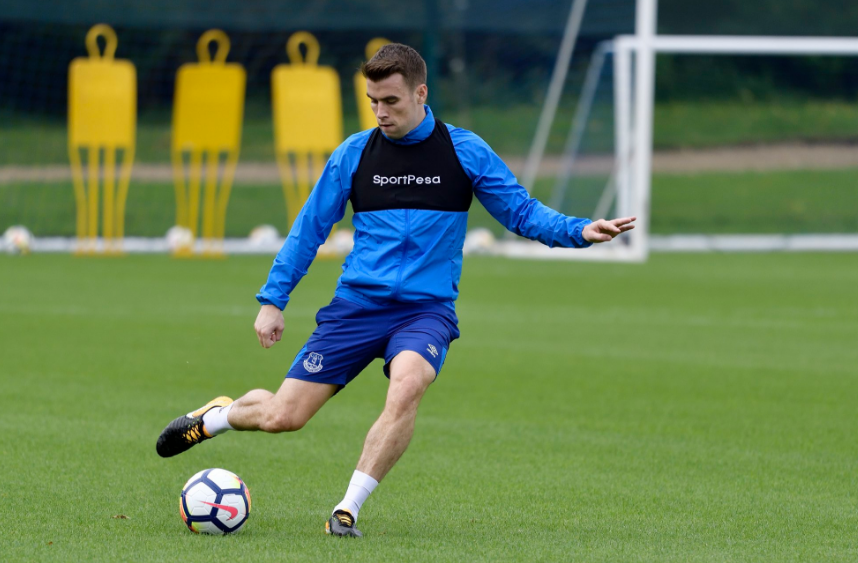 Delight as Seamus Coleman back in action

Football fans have been delighted to see Seamus Coleman in good form this week.

The Killybegs man has stuck to his promise to be “back in no time” after sustaining a horrendous double fracture on his right leg after being tackled by Welsh defender Neil Taylor at the Aviva Stadium in March.

After undergoing emergency surgery and enduring months of recovery, Seamus is back in action training with Everton.

The Republic of Ireland captain was awarded the Freedom of Donegal this summer, which he said was a “massive honour.”

Coleman is well known for showing kindness and generosity to his fans, having donated a whopping €2,000 to fulfill a fan’s dream of attending an Everton match and giving little Daire Flanagan the five star treatment during his visit to Goodison Park.

Although there is no set date for his next match, we’re over the moon to see he’s firmly on the road to a full recovery.

Everyone is delighted to see Seamus back on the pitch – ádh mór Seamus!

As a manchester unites fan im genuinely over the moon to see coleman back in training after such a horrific injury!❤️❤️

We missed you so much

Great news that Seamus Coleman could be fit and ready to return to action by December! #coybig pic.twitter.com/H4HrvRHAAD