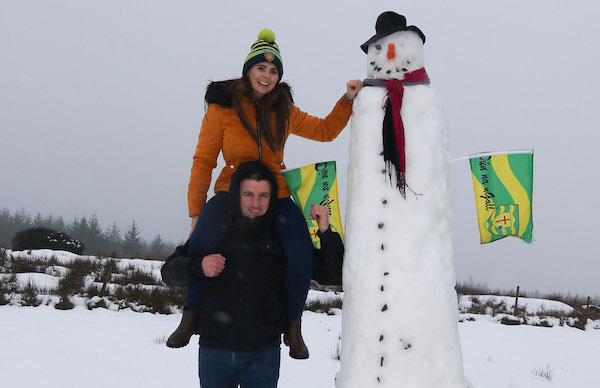 Snow joke – missing a Donegal game is a tall order for this family!

What does a Donegal GAA fan and his wife do when they’re snowed in for a game – they build Ireland’s tallest snowman of course!

Brendan and Karen O’Brien, from Gortichar in Crossroads, were stopped from traveling to see their beloved Donegal play Armagh on Saturday because of bad weather conditions.

So Brendan came up with the bright idea of building a 12 feet high snowman.

Plasterer Brendan used all his technical skills while wife Karen and their 12-year-old nephew Stephen Duffy carted dozens of wheelbarrows of snow to him.

Brendan even used a little ‘hop-up’ scaffolding to help him put the hat and scarf on the snowman. 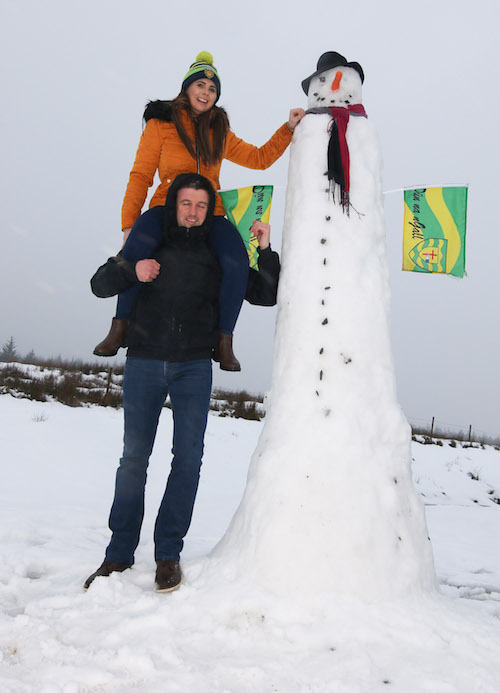 Wife Karen said “Sure what else would you be at on a Saturday? That husband of mine is now well. I thought he was joking when he suggested it but we started and it just snowballed from there!

“It took us about three hours but we had a bit of craic,” she said.

The couple, who are big Liverpool FC fans have named the giant snowman, Crouchie after former striker Peter Crouch.

And despite the weather forecasted to get warmer in the coming days, Stephen thinks their giant sculpture will be there for a few days yet.

“I compacted the snow and I even used a trowel to make sure it was nice and firm and even so it should last a few days,” he added. 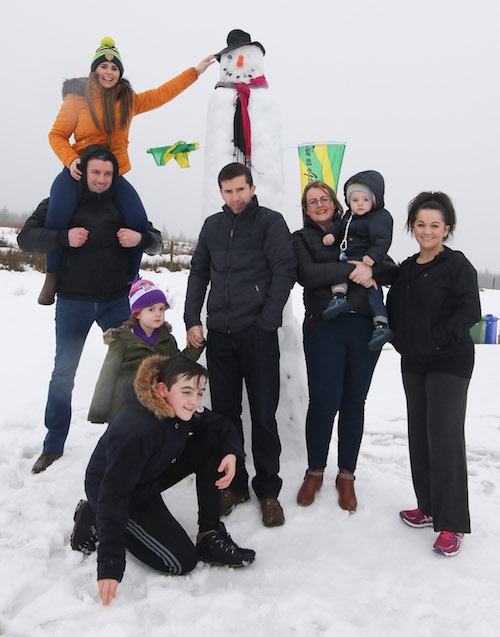 The O’Briens with other family members and Crouchie! Pic by Northwest Newspix.

Snow joke – missing a Donegal game is a tall order for this family! was last modified: January 21st, 2018 by Stephen Maguire
Tags:
CrossroadsdonegalGAAO'Brienssnowman