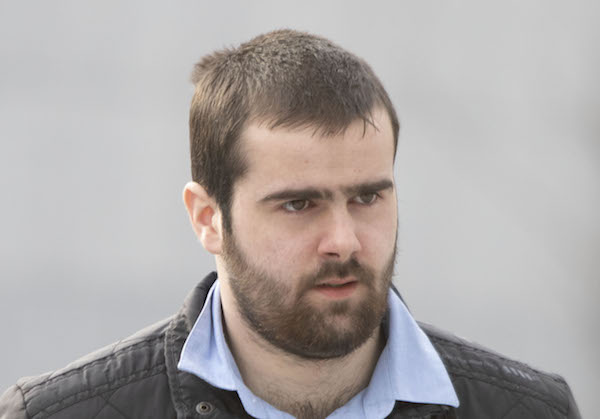 A man who made more than 150 sexually explicit calls to a teenage girl before being tracked down by Gardai.

Gerard Meehan, aged 21, bombarded the girl with phone calls from two separate phones for months on end before he was finally caught.

Meehan appeared at Letterkenny Circuit Court in Co Donegal where he pleaded guilty to charges of harassment.

The calls had related to period of time between the 7th and 19th of October 2015 when more than 80 calls were made.

From January 15th to April 15th in 2016, the injured party had received another seventy calls from a second number, each of them of an explicit nature.

Detective Sergeant Ciaran Brolly said the injured party had received them from two phones for which the I.D. had been blocked.

The calls had started off with “general chit chat” before descending into sexually explicit comments.

The calls had become more frequent and the teenage girl had made a statement to Gardai who traced the incoming calls to two pre-paid mobile phones.

“The calls continued even after the complaints were made,” said Sgt Brolly.

Gardai then launched an elaborate investigation to find out exactly who were making the phonecalls.

Top-up evidence from the phone being used to make the explicit had pinpointed a particular premises from where CCTV footage was obtained.

The identification of the vehicle which had been captured in the footage finally traced the calls to Meehan.

“They had caused a lot of distress and annoyance and upset to the girl,” Detective Sgt. Brolly stated.

The specific nature of some of a large number of calls made were detailed in court.

Garda investigations had uncovered a misplaced phone which the defendant had admitted was his.

Meehan, of Lisclamerty, Manorcunningham, was subsequently arrested and taken to Letterkenny Garda Station.

In a Victim Impact Statement, the injured party described it as a “very stressful time” and said a number of the calls had been received in the early hours of the morning. They had made her feel “physically sick” and anxious and she had struggled to get to sleep.

“I felt threatened. I just wished that it would stop,” she indicated. The calls had had a long lasting effect on her.

Det. Sgt. Brolly agreed with defence counsel, Sean McGee, B.L. that the defendant had made early admissions to making the calls.

He had expressed his regret and said he wanted to apologise to the victim.

Meehan’s barrister said his client had been an extremely young man at the time of the offences but that should not take away from the psychological trauma experienced by the injured party.

Referring to his client’s immaturity, he said he had been consuming a lot of alcohol at the time and was currently addressing this issue.

He said the defendant had cooperated fully with the Gardai and asked the Judge to consider his expressions of remorse and the fact that he had apologised in “no unreserved terms.”

Judge John Aylmer said the nature of the crimes of harassment were in the mid-range and he said it merited a jail sentence of three years.

“The aggravating factors were the extended period and the extremely depraved sexual nature of the harassment and the negative impact it had on this young lady,” he said.

However, he said he also had to take into account the fact that he was a young man at the time, had no previous convictions and did express remorse.

He also ordered Meehan to engage with the probation services and to abstain from alcohol and unprescribed drugs.

And finally eh ordered Meehan not to communicate with his victim or to go within two kilometres of her workplace or home.

Man who made 150 sexually explicit calls to teenager gets suspended sentence was last modified: February 20th, 2019 by Stephen Maguire