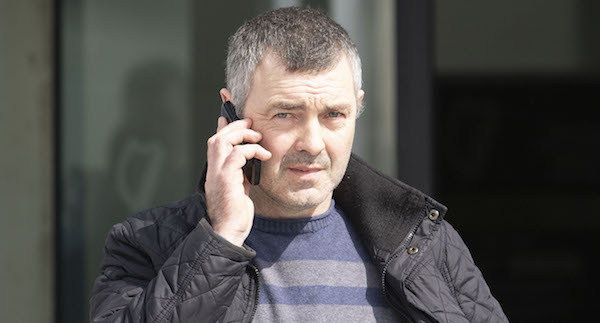 A man has been fined after attacking a heart patient in a row over dog poo.

The court heard there had been bad blood between the pair amidst claims that the accused man’s brother Michael had washed dog poo into the yard of Mr Mooney.

Mr Mooney told how he left his home to visit his father but returned as he forgot his keys and found both Orr and his brother Michael on his property.

He told them to get off his land and Michael Orr pulled away his brother but Trevor struck out and struck Mr Money in the chest.

He called the Gardai and then an ambulance as he was a heart patient and had undergone extensive treatment for the past fifteen years.

He said that while in the ambulance he passed out and was admitted to Letterkenny University Hospital but was released later that day.

However, solicitor for Orr, Mr Frank Dorrian, said there had been no mention of the bruising in the medical report.

Mr Mooney told Judge Paul Kelly that there had been an ongoing disagreement between himself and Michael Orr after he allegedly washed dog poo down onto his property.

Both the environmental health section of the local council and the Gardai had been made aware of this.

Mr Mooney said “I’ve more to be bothered with keeping healthy. I just want an easy life and to be left alone. I’m not going to let people wash dog excrement onto my street which I keep very tidy,” he said.

The court was told that Mooney’s partner is a sister of the Orr brothers.

Both Michael and Trevor Orr took to the witness stand but both emphatically denied that any such incident had taken place at all.

They admitted that there had been ongoing tensions between the two parties but said no assault had ever taken place.

Judge Kelly said the combination of all the evidence was sufficient to prove the events.

On the matter of the bruising to Mr Mooney, Judge Kelly said that it is often the case that bruising does not appear for hours or even days after an event.

He found Orr, a 43-year-old baker from Leitir, Kilmacrennan, guilty of assault causing harm and fined him €250.