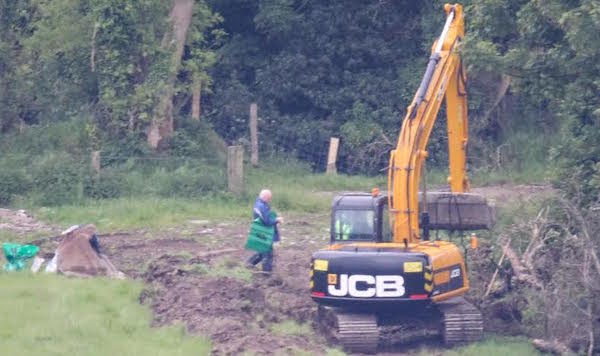 The remains were found during an investigation carried out in conjunction with the ESB and Gardai today.

Our exclusive pictures show Department of Agriculture officials placing items into green evidence bags at the scene of the dig.

A source at the dig site confirmed to Donegal Daily “Animal remains have been uncovered. They have now been removed and will be analysed.”

Officials from the ESB have also been at the site.

It is understood these officials are examining possible illegal connections to the electricity grid.

Gardai attended the scene and are assisting Department of Agriculture officials.

However, they are not directly involved in any search or digging.

The illegal burial of animals on lands if an offence and those found guilty of such offences can face a fine of up to €250,000 or five years in jail.