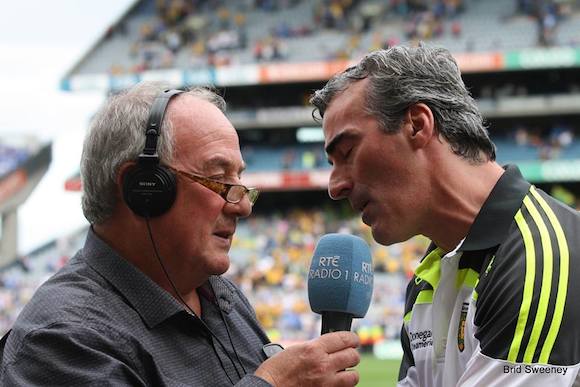 Jim McGuinness has joined the Sky Sports GAA punditry team for the 2015 season.

McGuinness quit as Donegal manager shortly after their All-Ireland final defeat to Kerry in September.

McGuinness is seen by many as a revolutionary figure in the GAA, and he enjoyed incredible success with Donegal.

McGuinness’s signature will be seen as a major coup by Sky Sports executives who are desperate to improve viewing figures for the GAA on the channel.

McGuinness is an intriguing character and his analysis on all the major championship matches this summer will be a must see for all GAA followers.

McGuinness who is employed as a Sports Performance Consultant at Celtic FC is delighted to become part of the Sky Sports punditry team.

McGuinness said, “I’ve had the great honour of being involved in inter-county football both as a player and a manager over a long number of years and I’m looking forward to sharing some of my experiences and insights with the Sky Sports viewers.”

“I really enjoy the way Sky Sports approach their coverage and analysis of matches and I am delighted to be joining the team for the 2015 Championship.