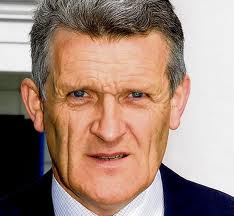 THE Coroner for Donegal North West John Cannon has attacked the Government over the lack of funding to Letterkenny General Hospital.

He was commenting during the launch of the suicide prevention action plan at the LYIT.

The Coroner said he found it absolutely appalling that on a regular roster at Letterkenny Hospital there is only one night nurse to 20 patients and one doctor in charge of the whole Medical Department including Geriatrics.

“Otherwise this comprehensive plan is doomed to fail. That is why I think that we have launched a ship that will never leave harbour,” he says in today’s Tirconnail Tribune.

The new plan ‘Conecting for Life’ is a blueprint for the next five years and presents a detailed series of objectives as well as highlighting the challenges and the financial pressures on the health service and the increasing demand for assistance.

The report says that the Health Plan, ‘Vision for Change’ is a good policy but it is concerned about the record of implementation. The plan was initially published in 2006.

The Coroner’s comments come against a background of reduced spending and cuts in the health service over recent years. Under the austerity cuts the areas of mental health have been most seriously impacted on.

It is clear that is not happening and John Cannon’s concerns clearly reflect this situation.

The Galway based Deputy Colm Keaveney, speaking earlier this year in the Dail summed up the crisis in health spending in Ireland: He said: ‘Our mental health services have been subject to chronic under-funding since independence, with detrimental effects being imposed on individuals and families.’

John Cannon said in his comments to the one hundred guests at the launch of the report: “As the Coroner having to deal with so many suicides in this county I must commend and compliment all the team who have participated in the preparation of the Connecting for Life National Strategy and this Action Plan, the’ Connecting for Life Donegal
Suicide places inordinate strains on our community’s well-being. The prevention of suicide is a shared concern for individuals and it requires a collective response.

“The Connecting for Life suicide action plan is a comprehensive template that recognises the contributions that can be made across all sections of our community.

“The plan embraces prevention measures including the mental health sectors albeit that ¾ of suicides are not known to mental services.

“The success of this Plan will be highly reliant on leadership and coordination for a collective impact.

“Its primary aim is to make help more accessible and to help people to get help quickly and the Plan hopes to provide a 24 hour contact service for those in dire need.

“The current economic recession can be identified with the recent increase of suicide numbers not alone in this country but in other countries as well.
People often unable to cope or struggle responsibly with the consequences of recession particularly losing their jobs.

“We live in times of financial hardship which in turn impacts on family life and environmental factors such as depression and stress. I am confident that if this plan is effectively implemented in a way that will highlight and promulgate the essential pro-active measures it will be a success as it has been in countries like Canada, France, and in the Antipodes New Zealand and Australia and in particular Tasmania.

“People who attempt to take their own life usually have multiple risk factors often culminating in being overwhelmed in themselves. Therefore seeking help early is vital in reducing suicide risk among all people.

“The success of this Plan of Action will depend on reaching out to those who think they have no other choice.

“Without adequate state funding I think what we are doing here today is launching a ship that will never leave harbour.

“I say that for two reasons, firstly: The successful implementation of this Plan effectively rests with the Department of Health and the HSE and I note that its challenges is referred to at p.11 (1.2.7) of the document plan where it refers to the moratorium on recruitment and health cut-backs. How can we possibly expect to provide these essential services when it is apparently obvious the terrible constraints evident at Letterkenny General Hospital. Yes we have a beautiful hospital befitting a Hollywood backdrop, but the level of staffing is appalling, Consultants, doctors and nurses are run off their feet.

“I find it absolutely appalling that on a regular roster there is only one night nurse to 20 patients and one doctor in charge of the whole Medical Department including Geriatrics. That is not fair on either the nurse, doctor or patient. In fact it is not safe hospital management.

“Secondly I recall that there was an equally comprehensive Coroners Bill introduced in the Dail in the year 2007. That Bill makes refererence to long outstanding and necessary changes to upgrade the law in relation to essential Coronial matters.

“That Bill after almost eight years has not yet been enacted.
I hope that my realistic predictions in relation to this action plan is wrong. I hope I am very wrong! That is why I think that we have today launched a ship that will never leave harbour,” he concluded.