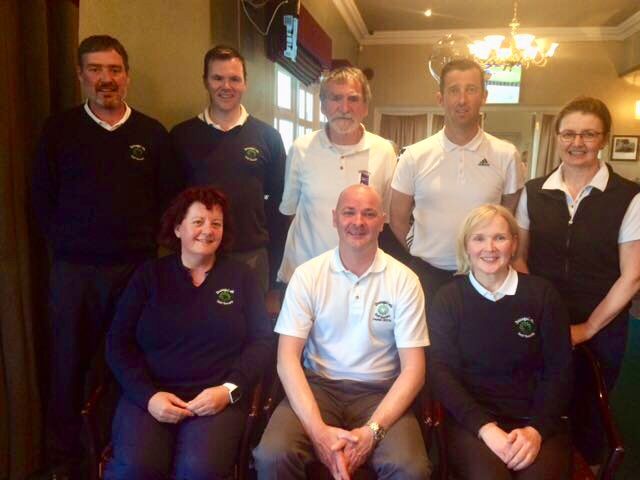 The curtain has come down on what has been another excellent year of golf in the Donegal ETB Golf Society.

The final outing of Captain Marcel McCafferty’s tenure was played in Letterkenny Golf Club, with the Barnhill track in fine condition on the day.

The winner of the final outing was Letterkenny GC member Kate Gallagher who came home with a score of 34pts, narrowly pipping her playing partner Deirdre O’Toole on b.o.t. with Cathal McGee and Gareth Doherty filling the top four with 33pts and 32pts respectively. 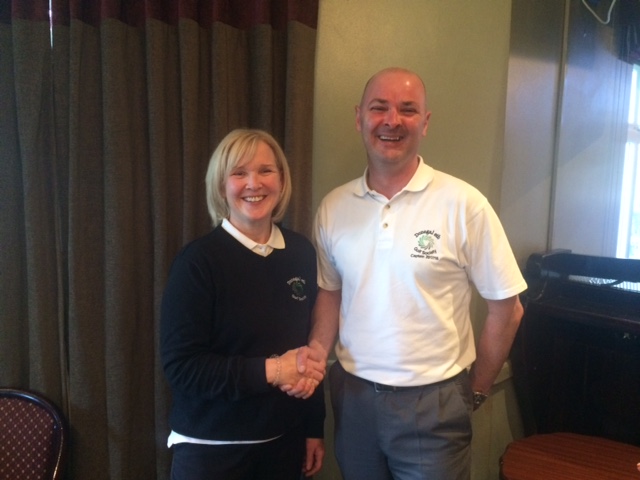 When the scores from the final outing were tallied with those from throughout the year it emerged that Paddy McDaid of Finn Valley College won the accolade of Golfer of the Year, his third time to win the competition that all golfers in the society covet.  A fine achievement from Paddy who showed excellent consistency throughout the year. Second place this year went to Pascale Gallinagh with Cathal McGee in third. 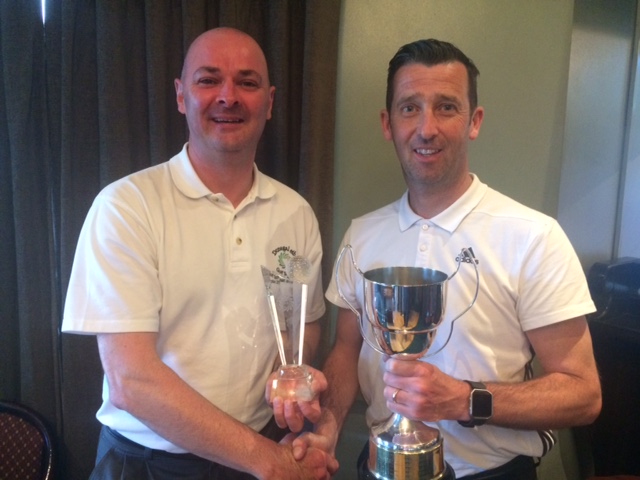 The second major trophy on offer from our society is the Magnificent 7 trophy which is awarded to the player who scores the highest number of cumulative points from the selection of seven ‘signature’ holes chosen by our captain.  Again there was a familiar name etched into the history books as Kate Gallagher won the trophy for the second year in a row beating a gallant Breid Kelly into second place.

Huge congratulations to both Paddy and Kate for winning our two most prestigious prizes.

Before bringing his year to a close, society Captain Marcel McCafferty made a special presentation to the family of our dearly departed member Michael McGrath who were invited along to play and have dinner with the society.  A lovely and fitting gesture made by Captain Marcel on behalf of the society members.

So the curtain comes down on the Donegal ETB Golf Society 2017-18 season, a season expertly captained by Marcel who now hands over the reigns to Colaiste Ailigh member John Bosco Gallagher as the incoming captain for the eagerly awaited 2018-19 season. 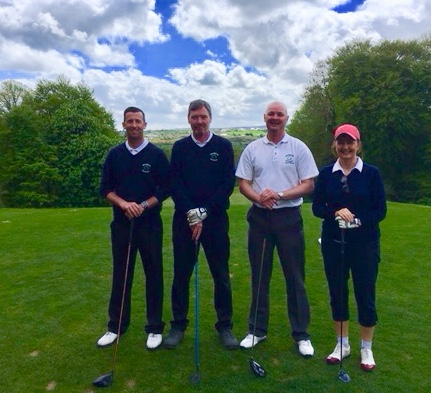 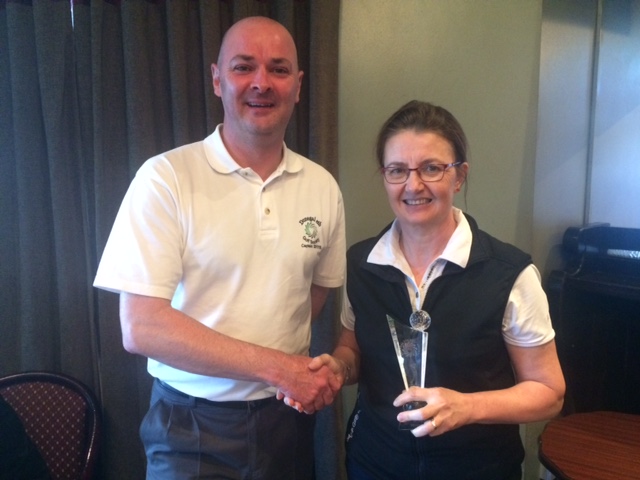