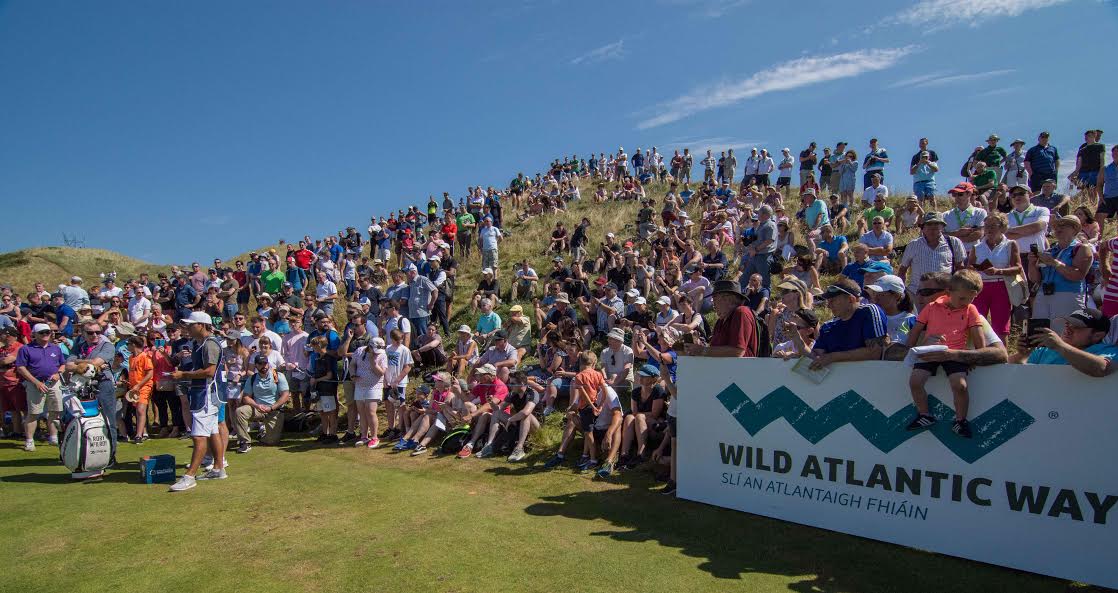 Ballyliffin – The Legacy when the Grandstands are gone

The 2018 Dubai Duty Free Irish Open will live long in the memory of TV viewers all over the world and will be cherished forever by the people of Donegal who delivered a spectacular sporting and cultural showcase that has put the county and region firmly on the world stage.

The stunning aerial images broadcast to a worldwide audience of almost 650 million homes in over 90 countries and witnessed by over 94,000 spectators over five days in Ballyliffin have catapulted Donegal to be one of the most sought after destinations in Ireland- and not before time.

Those who doubted the wisdom of bringing an event of this scale to Ballyliffin had underestimated the spirit of Ballyliffin and were stunned by the overwhelming success of the event and the glowing pride and hospitality of the people of Donegal.

This area was devastated by serious flooding less than a year earlier but through the determination of Donegal County Council and the can-do attitude of the community, Donegal seized its moment in the spotlight and dazzled the world in radiant sunshine.

The local community got behind the event from the outset and virtually moved mountains to ensure the event was a success. This was one of the most celebrated Irish Opens ever with huge crowds enjoying a festival atmosphere in glorious weather on The Wild Atlantic Way.

With parking on site for over 10,000 cars and a traffic management plan that seemed effortless, despite the limited road infrastructure in Inishowen, visitors to the area, many in Donegal for the first time ever, were gushing in their praise of this undiscovered paradise.

Sky Sports commentator Ewen Murray raved “If there is a course in heaven then I suspect Ballyliffin’s Glashedy Links is the prototype”.

The Pat Ruddy and Tom Craddock masterpiece was presented in impeccable condition for the event and as Tournament Host, Rory McIlroy departed on Sundayhis words echoed the seemingly universal view of everyone who experienced the week.

“It’s been incredible. A lot of people were asking me what Ballyliffin was like and I was telling them that it’s a hidden gem. Ballyliffin has now been showcased in all its glory.”

The economic impact and legacy of the successful delivery of a world class sporting event must now be seized upon by the people of the region, working together with national and local government and agencies such as Tourism Ireland and Failte Ireland.

It is critical we build on the success of the 2018 Dubai Duty Free Irish Open and reap the economic benefit which Donegal so richly deserves. We have earned our seat at the table and must now command our fair share of government investment and international visitors through tourism focused capital and marketing projects in the region.

Ballyliffin – The Legacy when the Grandstands are gone was last modified: July 17th, 2018 by Chris McNulty