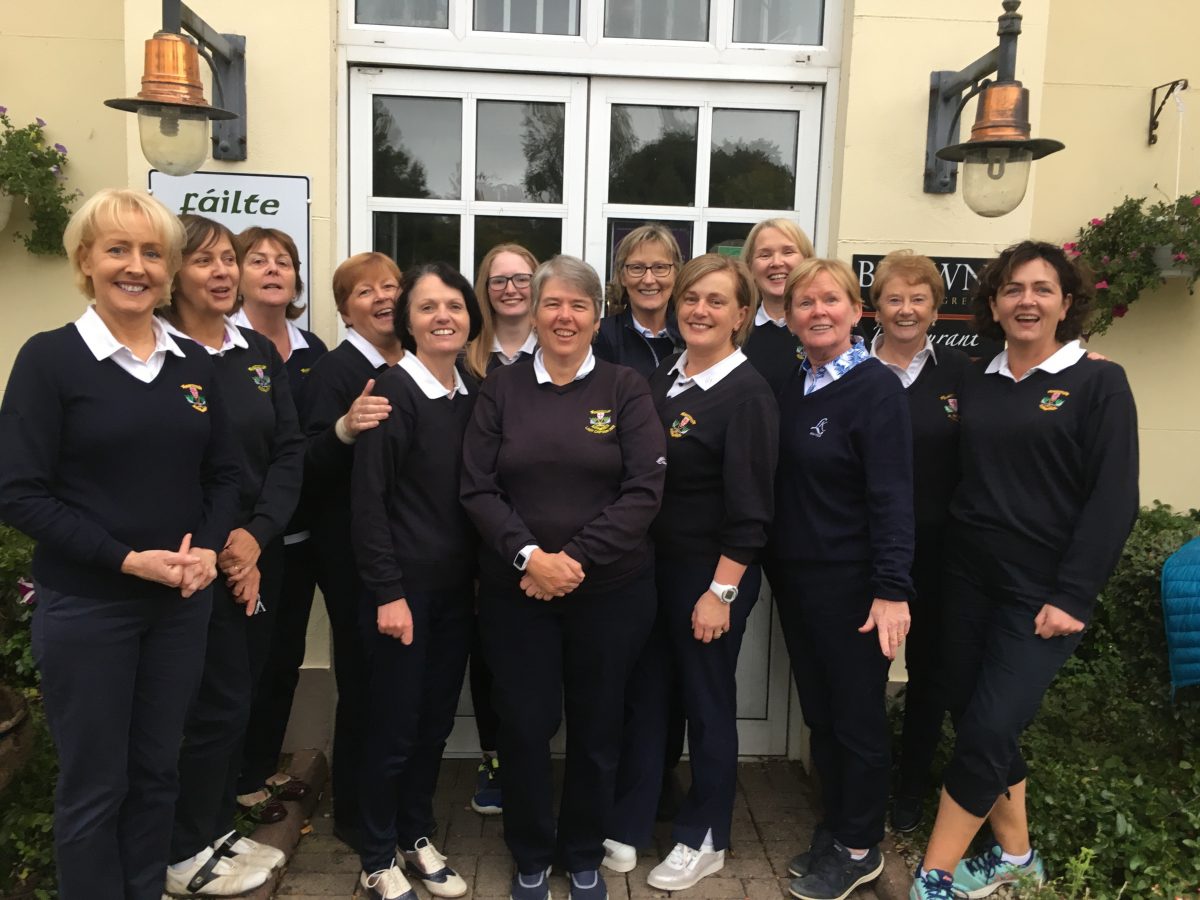 written by Stephen Maguire October 2, 2018
FacebookTweetLinkedInPrint
The final of the Maire O Donnell competition was played in Barnhill on Saturday 29th with the Letterkenny ladies hosting Murvagh for the 2nd leg of the fixture. There was no denying that the task was going to be a tough one as this was a very strong Murvagh team.
The fact that they had never won the Maire O Donnell trophy before meant they were going to be giving it their all especially since Murvagh is Maire’s home club. That said Letterkenny had two matches from the first leg and they had no intention of bowing out without putting up a fight. The nervous excitement at the first tee was comparable to that at Le Golf National, Paris! The matches were played in a friendly sporting manner, just as it should be and it’s fair to say that both teams enjoyed the encounter.
In the end though the task proved insurmountable for Letterkenny and Murvagh emerged worthy winners and all credit to them for their fine display of golf. Captain of the Letterkenny team Sandra McMonagle said afterwards she was delighted with the commitment from her whole panel of players throughout the campaign and she was extremely proud of their achievement of making it to the final of this prestigious competition.
Following photos, Prosecco, the presentation, a lovely meal and even a bit of a sing song the Murvagh ladies brought the Maire O Donnell trophy home. The Letterkenny Ladies will endeavour to retrieve it next year!
Congratulations to Seamus Farren and his team on winning the Donegal Inter Club League on Sunday last. A close high tension match by all accounts but the Letterkenny Gents clinched the win.  Well done to all involved.
The turkey competitions are now open and there is another Hamper competition on October 21st. Please enter names on the draw sheet posted in the locker room.
Ladies Golf: Letterkenny one under par as Murvagh win the Maire O Donnell trophy was last modified: October 2nd, 2018 by Stephen Maguire
FacebookTweetLinkedInPrint
Tags:
BarnhillLetterkenny ladies golf clubMaire O'Donnell trophyMurvagh