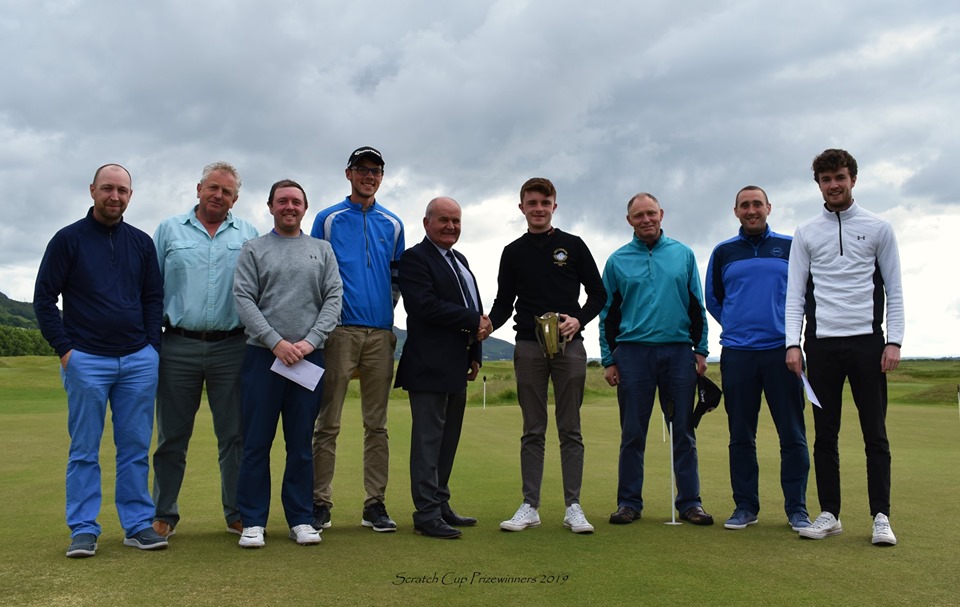 The North West’s annual Scratch Cup was held on Saturday and the competitors were treated to a feast of links golf at Lisfannon.

With the senior and junior categories playing 36 holes and the intermediate battling it out over 18, the standard was always going to be extremely high.

Fresh after hosting the Causeway Coast tournament, the links was in excellent condition and a few putts slipped an uncomfortable distance by the hole on many occasions.

The O’Gallchoir family were well represented at the Scratch Cup with Brothers, Hugh (4) and Cathal Og (3), travelling from their home club of Gweedore to play in the event.

A worthwhile journey it turned out to be with Hugh returning a solid 145 (+5) to win the event by two strokes with Cathal Og in 3rd position with 148, runner up on 147 was defending champion Damien McKenna (0) from Foyle Golf Club putting up a commendable defence.

The Junior Cup was another hotly contested affair with Padraig MacLochlainn (6) claiming the spoils with two consistent rounds of 77 and 78 for 155 and the Junior Scratch title for 2019. Runner up on the narrowest of margins was Mark Davis (6) carding 77 and 79 for 156 while James Harkin (9) posted a 78, 80 for 3rd overall.

The Intermediate section was again a close affair with a handful of strokes separating the top 3. Winner with a steady 86 was Eugene Ferry (13) followed by Pat McMyler (16) on 88, Caolan McLaughlin (12) posted 89 for 3rd place and Joe McElroy won the best nett with 74.

The club play host to Barton Shield qualifying in a few weeks and more top level golf at the Lisfannon Links.