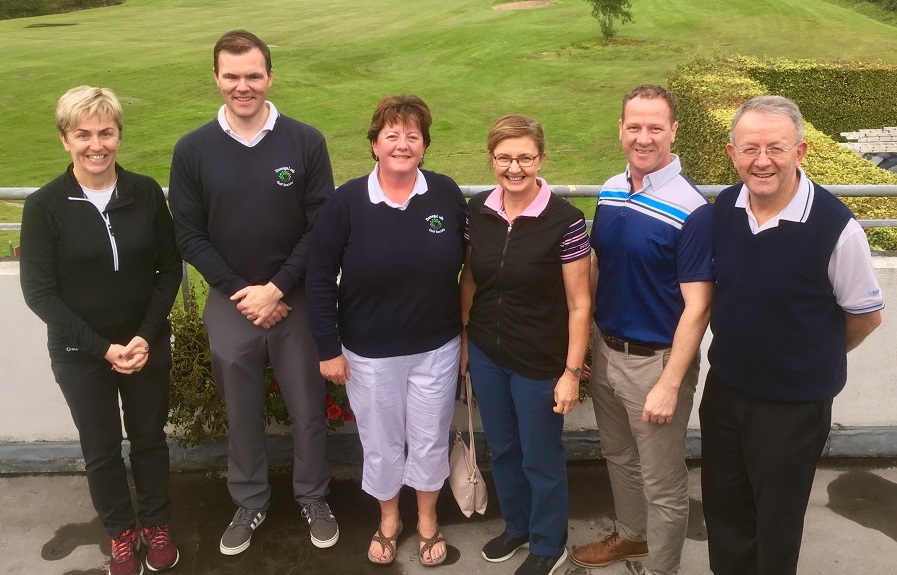 The Donegal ETB Golf Society is off and running for the 2019-20 season with the first two outings having taken place in Dunfanaghy GC and Ballybofey & Stranorlar GC in recent weeks.

The Society Captain for the season ahead is longtime, popular member, Deirdre O’Toole who has selected an impressive roster of courses for her tenure.

The first outing took place on the Dunfanaghy links in extremely windy conditions after a deluge the previous night.  Perseverance was the order of the day with most holes having to be played into the wind. These conditions made the winning score of 38pts by Kate Gallagher from the Gartan Outdoor Centre all the more remarkable as she eased to victory by four shots from Tommy Greally on 34pts and Ciarán Mac Ruaidhrí in 3rd on 31pts.  Jimmy O’Donnell won the retired members prize with 30pts with Jim McGlynn picking up the Category 4 prize with 29pts.

Next up was Ballybofey & Stranorlar GC where a fine turnout of 25 made their way to the Twin Towns on a fine Autumn day.  Again, torrential rain overnight made the ground soft underfoot while recently hollow-tined greens made putting interesting.  A potential trend may be developing this season as there was a clear winner again, this time by five clear shots as Kevin Cooley of Crana College romped to victory with a fine score of 37pts.  Elaine Russell came in second place on 32pts, local member, Gareth Doherty in third on 31pts while Pascale Gallinagh on 30pts filled the top 4. Eamonn McDonnell on 29pts won the retired members prize on his home course while Jim McGlynn made it into the winners circle again picking up the Category 4 prize with 28pts.

After two outings, the Golfer of the Year standings sees Kate Gallagher and Ciarán Mac Ruaidhrí at the top of affairs on 30pts each with Cathal McGee and Jim McGlynn two points back on 28pts.  Jimmy O’Donnell leads the way in the Magnificent 7 Signature Hole competition on 6 points with a clatter of players breathing down his neck!

Next outing is in Greencastle Golf Club on Saturday,November 9th.  New members are always welcome. Contact any member of the society for details.