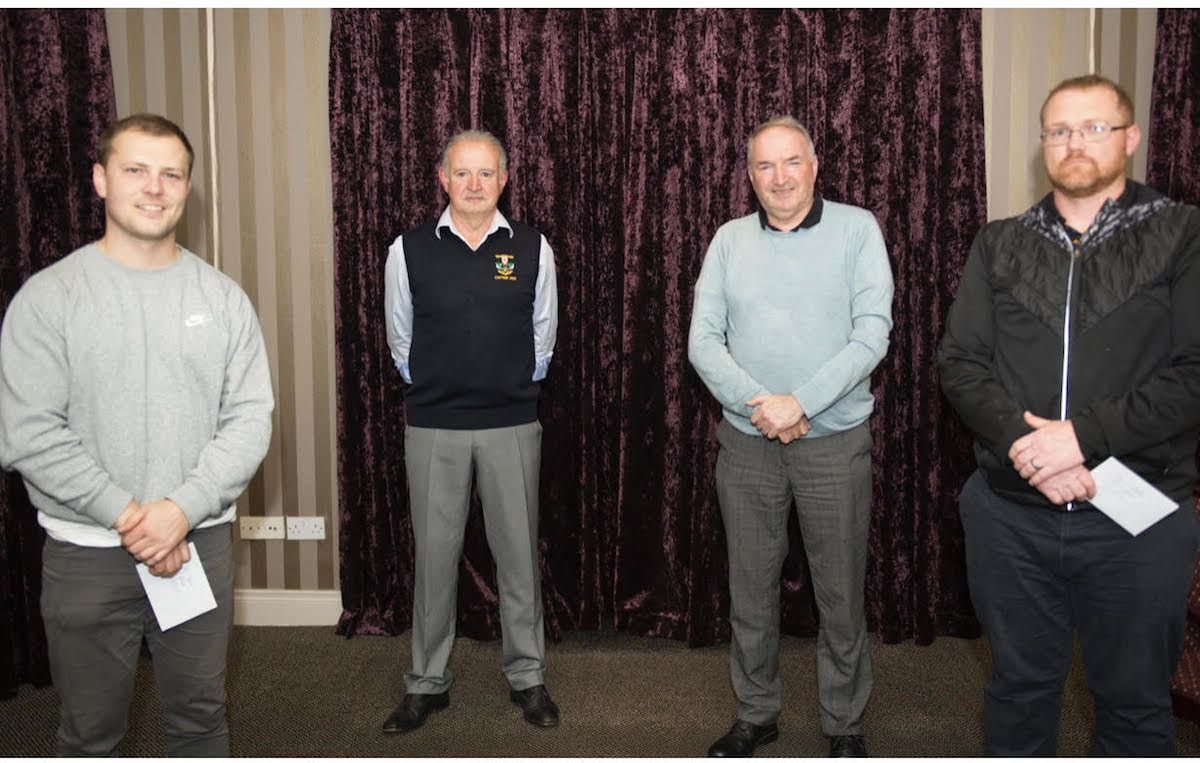 THE Co Lab LYIT Open on July 12 saw a return to a stroke play competition at Letterkenny Golf Club.

The competition was played in tough conditions but also some really good scoring.

Winner on the day was the big hitting Ian Vance (21) who went around in nett score of 63 including 6 pars & a birdie on the 14th.

The winner of the Sweeney’s Spar open on July 8 was rising star and ever improving Dermot Dunleavy (18) with a brilliant score of 45  points which included 7 pars & a total 12 over par.

Runner up on the day was Joe McManus (18) with an impressive 43 points BOT in a round that included 10 pars.

Third on the day also with 43 points and only beaten on BOT was Eoin O Shea (22) in a round that included 5 pars.

Fourth place on 40 points (BOT) was wrapped up by Kyle Loughrey (22) with a superb eagle on the 18th the highlight of the round.

Second place went to visitor Conor Henderson with 36 points in a round that included 8 pars & a birdie on the 8th.

Third place on the day went to Chris Duffy (5) with 35 points,  six over par round including six pars and birdies on 2nd, 4th, 7th and 11th.

Fourth place went to Michael McLaughlin (24) with 34 points including a birdie on the 4th.

Second place went to Henry McCahey (11) with 38 points (BOT)  secured by a superb eagle on the 18th sealing the deal.

Fourth place also with 38 points was Mark McNulty (17) with 5 pars and a birdie on the 4th.

Gross on the day was won by the previous days winner David McCormick (4) in a super round that included 10 pars & birdies on 2nd & 11th.

The Specsavers Letterkenny Monday Open on July 13 was won by the in-form Ciaran Haran (13) with 41 points including 12 pars & total of 9 over par. He was a winner for the second time in as many weeks.

Third place went to club stalwart Liam Wiseman (10) with 38 points BOT in a round that included 12 pars.

Fourth place went to Vinny McLaughlin (18) also with 38 points including 5 pars and a birdie on the 5th.

Gross prize on the day went to Jack Patton (5) with a round that included 11 pars and a birdie on the 8th.