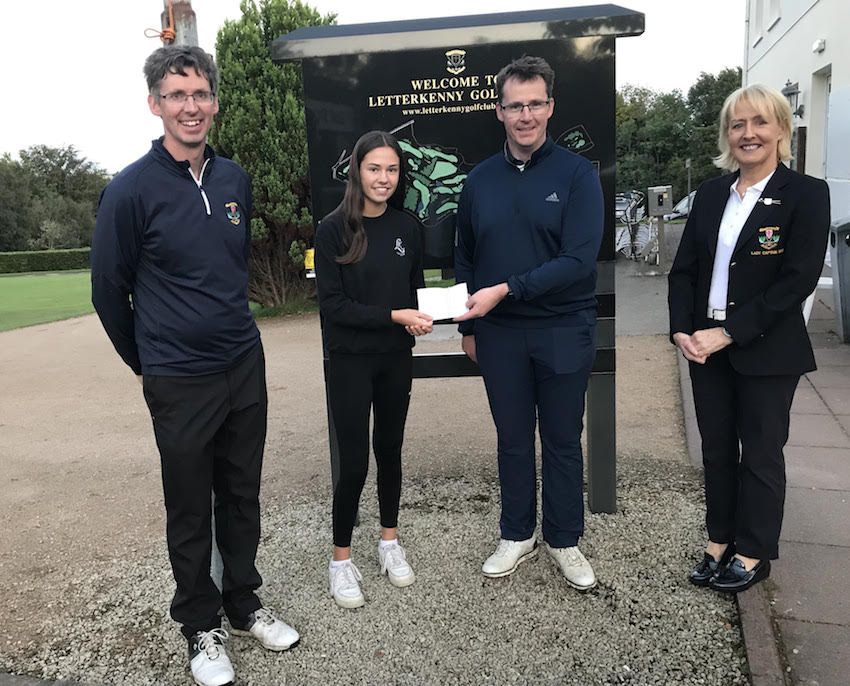 Scoring proved very challenging in the poor conditions and it was the home club who managed a narrow victory from Bundoran and Lettterkenny ladies who were second and third respectively. Only two points separating the teams.

On Sunday 13th the first leg of the Máire O’Donnell semi final match was played at home against Ballybofey & Stranorlar.

The weather had improved considerably from the day before and the ladies enjoyed 5 hotly contested matches with the Letterkenny ladies claiming four matches out right and Team Captain Cynthia Fuery and Ann McGrath securing a half in what was a nail biting finish on the 18th hole.

The return leg will be played next Sunday 27th September in Ballybofey. Best of luck to Cynthia and her team.

The Lady Captain’s Outing will take place on Saturday 26th September to North West Golf Club Buncrana (note change of venue). Would all ladies place the fee in an envelope with their name on it and return to fee box. Draw for playing partners will be made on Tuesday 22nd.

Since presentations are suspended outstanding prizes will be available for collection in the golf shop.