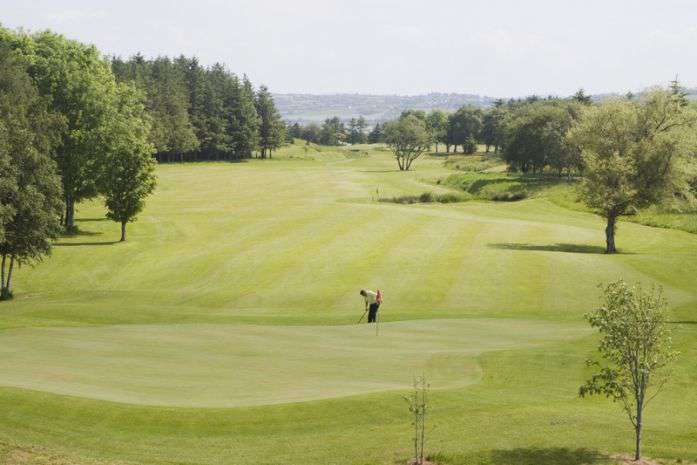 RUTH’S Total Health Pharmacy was the sponsor for the competition on Tuesday 20th July with Pauline Curley (26) bringing in a fantastic score of 43 points.

Hot on her heels in second place was Kate Gallagher (21) with another great score of 42 points. Ellen Russell (29) finished in third place with 40 points and Eileen Williamson (22) finished in fourth place with 39 points BOT.

Winner of the  front Nine was Sarah Buchannan (34) with 25 points and Caoimhe Lafferty (22) took the back nine with 21 points. 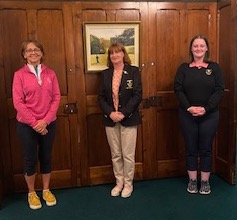 The competition on Thursday 22nd July was sponsored by Rainbow Nursery School and once again there was no end to the high scores in the soaring temperatures with Catherine Cooke Harkin (29) bringing in an amazing score of 47 points to take first place and Sandra Mc Monagle (24) coming in second with 41 points.

The competition sponsor Patricia Mc Brearty (41) finished in third place with 40 points. Front nine went to Pauline Curley (25) with 23 points whilst Anne Cannon (13) took the back nine with 18 points.

It was a busy few days for the teams in Letterkenny Golf Club. The Revive Active Fourball Team, under the Captaincy of Monica McDonagh played Ballycastle on Thursday 29th July with two matches at home and three matches playing away, they managed to secure two matches at home but were beaten in the matches away.

On Sunday 1st August, the Junior Cup team under the Captaincy of Anne Cannon took to the fairways again to play Larne in the Semi -Final with two matches at home and three matches away but unfortunately, they were beaten by Larne 3-2.

There was good news for the Mixed Foursomes Team when they made it through to the Ulster Semi Final. Well done to team Captain Angela Bradley and the team.

A great night was had by all on Mr.Captain Bobby Mullaly’s Day, Well done to all of the prize winners.