Last week saw a welcome return of the Donegal ETB Golf Society after a short winter break.  The Christmas cobwebs were well blown away on what was a brisk and chilly morning on the fine old links of Donegal Golf Club in Murvagh.

With the snow-covered Bluestacks providing an impressive backdrop, the scene was set for the first ‘Major’ of the year- The Presidents Prize.  This year’s Society President is the current Chairperson of Donegal ETB, Cllr Barry Sweeny.

Another excellent turnout of 27 members attended on the day and after all the shots were struck and hands returned to body temperature, it was last year’s Golfer of the Year, Tommy Greally who emerged as the winner. Tommy’s winning score of 40pts was a very fine return in what were challenging conditions at times.  He was closely followed, just a shot behind, by current Golfer of the Year leader, Paddy McDaid with another fine score of 39pts.

Last year’s Society Captain, Deirdre O’Toole came third on 35pts, just pipping her Donegal Sports Partnership colleague, Myles Sweeney who came fourth with a fine 34pts on break of tie.  The prize for Retired Members was rather contentiously won by Society Captain, Jim McGlynn, also on 34pts – the contention being that it is rumoured that our spritely Captain may not be settled full-time into his slippers just yet!  Rounding off the prizes with the Category IV prize was new member, Kevin McDevitt with 34pts.  Congratulations to Kevin. 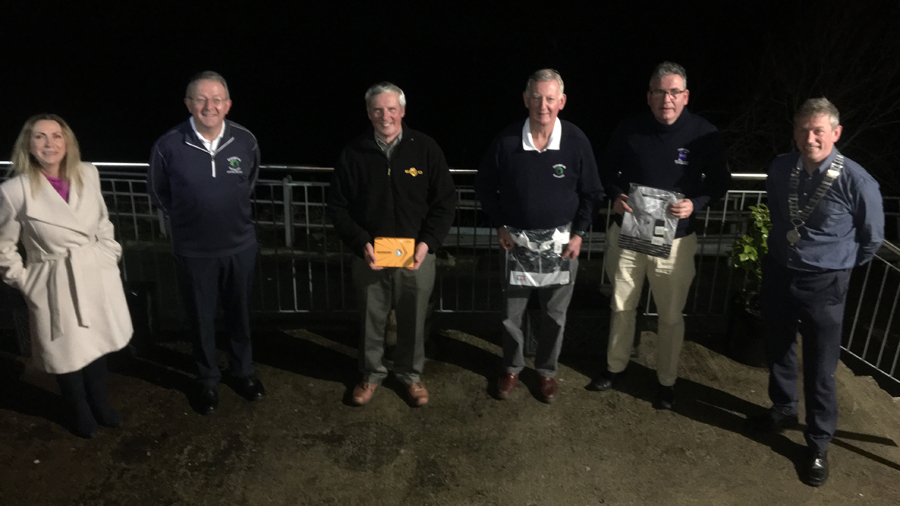 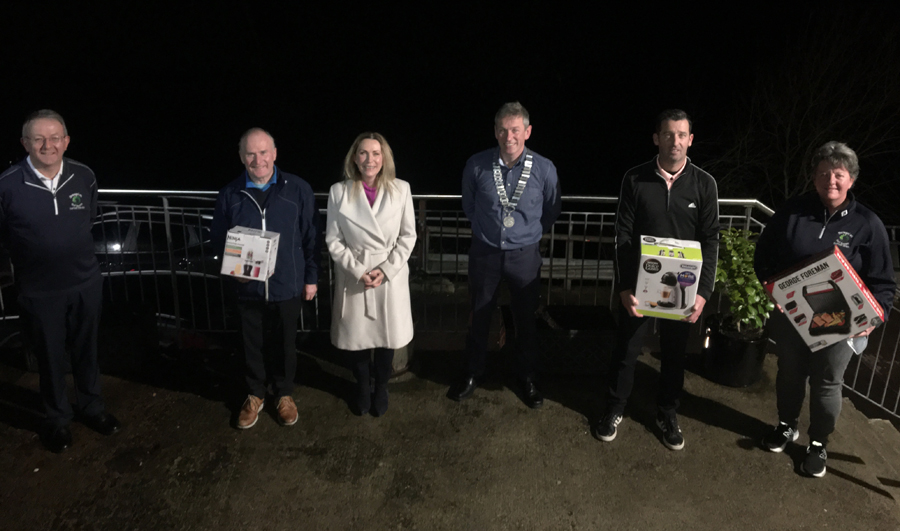 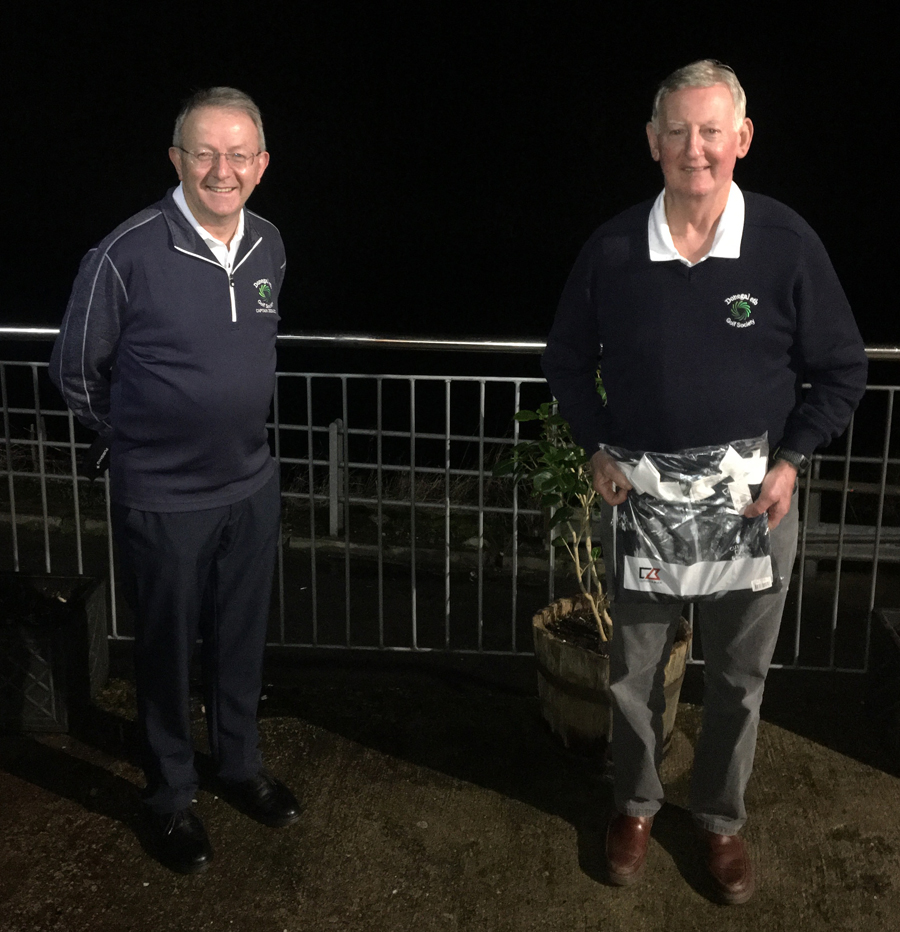 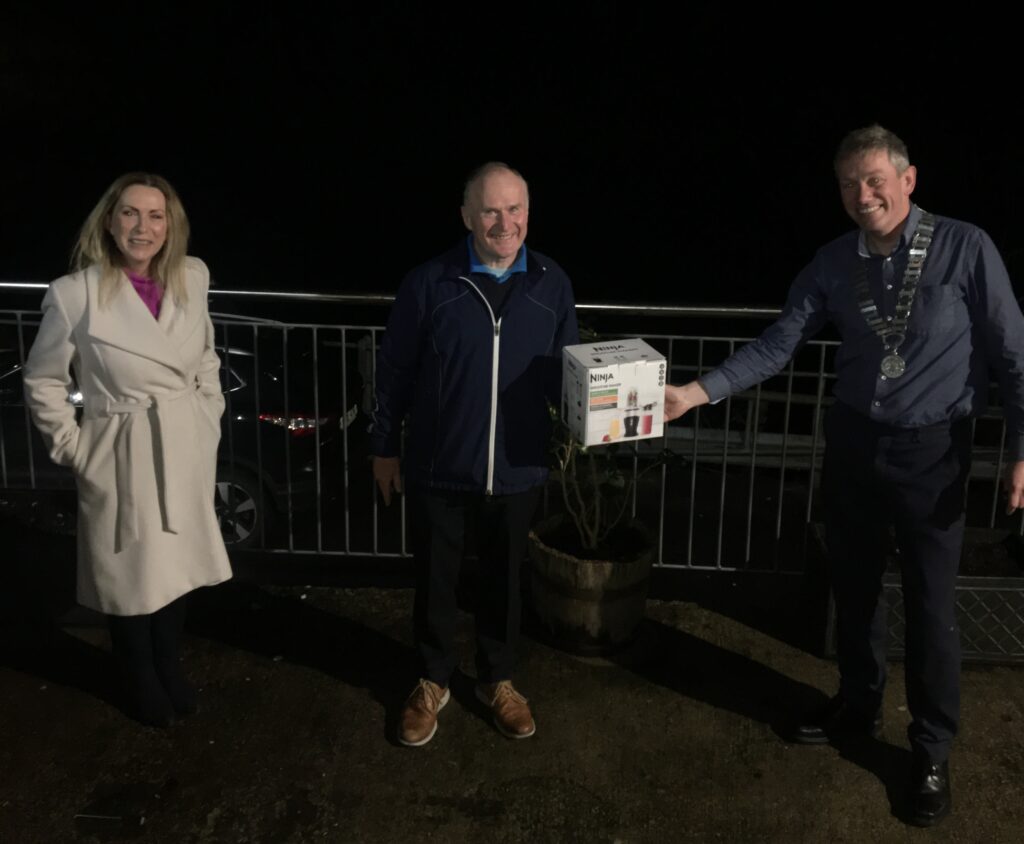 Next on the roster is Rosapenna’s fine Sandy Hills course providing the next challenge on Saturday, February 5th.

Current Golfer of the Year standings after five Outings: