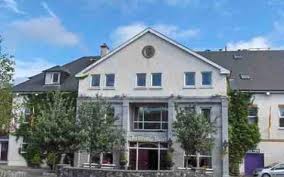 Jackson’s Hotel has been put up for sale.

There was shock across the county in January when the Ballybofey hotel was put into receivership.

Owners Margaret and Barry Jackson were left devastated after a receiver was appointed to run the day-to-day affairs of the hotel.

Now the 138 bedroom facility has been put on the market.

The sale is being handled by DTZ Sherry Fitzgerald and a guide price on the hotel is on application.