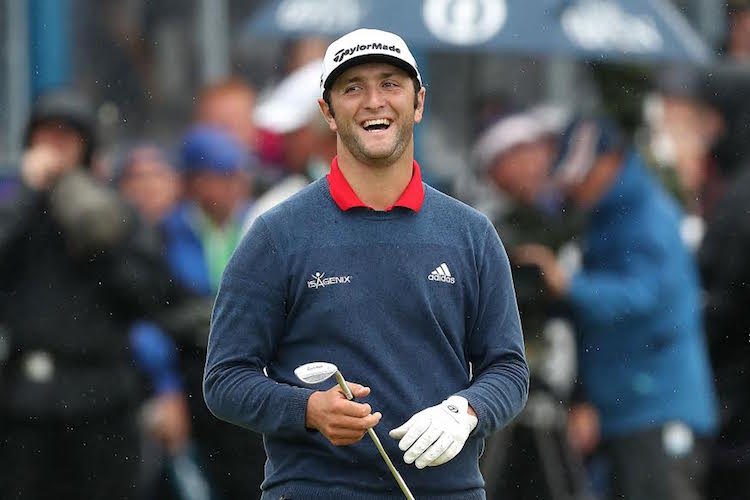 JON Rahm is relishing the opportunity to defend his title at the Dubai Duty Free Irish Open hosted by the Rory Foundation, an event which will forever live in the Spaniard’s memory as his maiden European Tour victory and one which rubber-stamped his status as a global superstar.

The World Number Three has confirmed he will return to the northwest coast of the island of Ireland this summer for the fourth Rolex Series tournament on the European Tour’s Race to Dubai, hoping to become the first player to successfully defend the prestigious title since Colin Montgomerie in 1997.

Rahm’s confirmed return, added to tournament host Rory McIlroy’s recent victory at the Arnold Palmer Invitational in Bay Hill, Florida, is sure to whet the appetites of golf fans across Ireland ahead of the two players doing battle on the dunes of Ballyliffin Golf Club this summer.

Another links gem, Ballyliffin will provide the spectacular backdrop for the 63rd edition of one of Europe’s oldest championships, which takes place from July 5-8, and tickets are available at www.europeantour.com/tickets.

Rahm treated the passionate Irish fans to an unforgettable performance last year at Portstewart, breaking numerous tournament records with a six-stroke triumph courtesy of a remarkable final round 65 – which included a hole-out eagle on the fourth hole, followed closely by a streak of four successive birdies as well as another eagle.

The 23 year old spoke candidly afterwards about his pride in emulating his hero Seve Ballesteros by winning the historic event, especially in its first year as one of the eight premier Rolex Series events on the European Tour’s Race to Dubai, so he is delighted to be returning for his title defence.

“It was extremely special last year,” said Rahm, who went on to win the European Tour’s season-ending DP World Tour Championship, Dubai to become the first multiple Rolex Series event winner, and has already added a second US PGA Tour title to his burgeoning trophy cabinet this year.

“Not only was it my first European Tour victory, it was a Rolex Series event and I am a Rolex ambassador so it meant a lot in many ways.

“But it was also the first time I was leading or tied for the lead going into the final round and to perform the way I did was amazing, making a great par save on two and then holing out on four, on top of the display of golf I had after that.

“It’s really easy to get comfortable and hold on to the score but I just kept making birdies and hitting good shots and I experienced a part of myself which I didn’t know I had, so it was a lot of fun.

“It’s amazing that Rolex is partnering with the European Tour to do such a great thing as the Rolex Series. I’m excited for it and excited that it counts more towards the Ryder Cup because then it’s easier for us to play both tours. Those events serve as a highlight for the year.

“It’s my first Ryder Cup year and I’m really excited to hopefully be on the team, I’m going to work hard to try and get on the team and I can’t wait to hopefully bring the cup back home to Europe.”