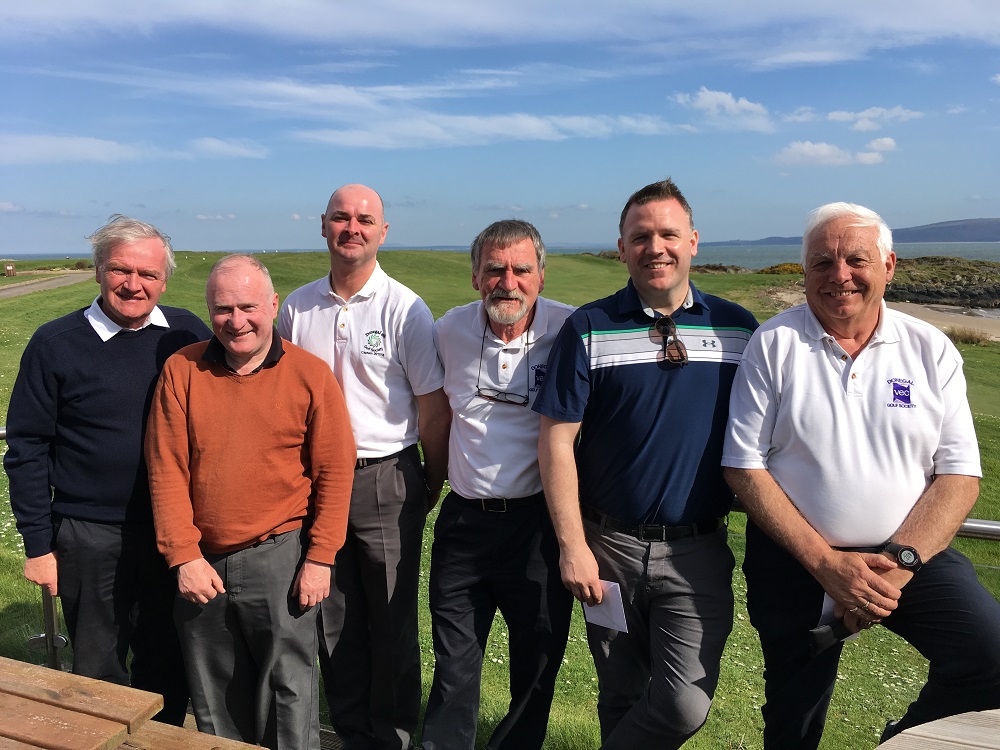 The penultimate outing of the 2017/18 Donegal ETB Golf Society year was played at a sun soaked Greencastle Golf Club on a perfect day for golf.  The mild Spring conditions contributed to some excellent scoring from the members of this popular society with the best scores of the season being recorded.

Winner on the day, with a fine score of 39pts, was Finn Valley College teacher Rory White, who was delighted with the win after returning from injury.  White was pushed all the way by a fantastic effort from society stalwart Paddy Kelly who rolled back the years to record an excellent score of 38pts. 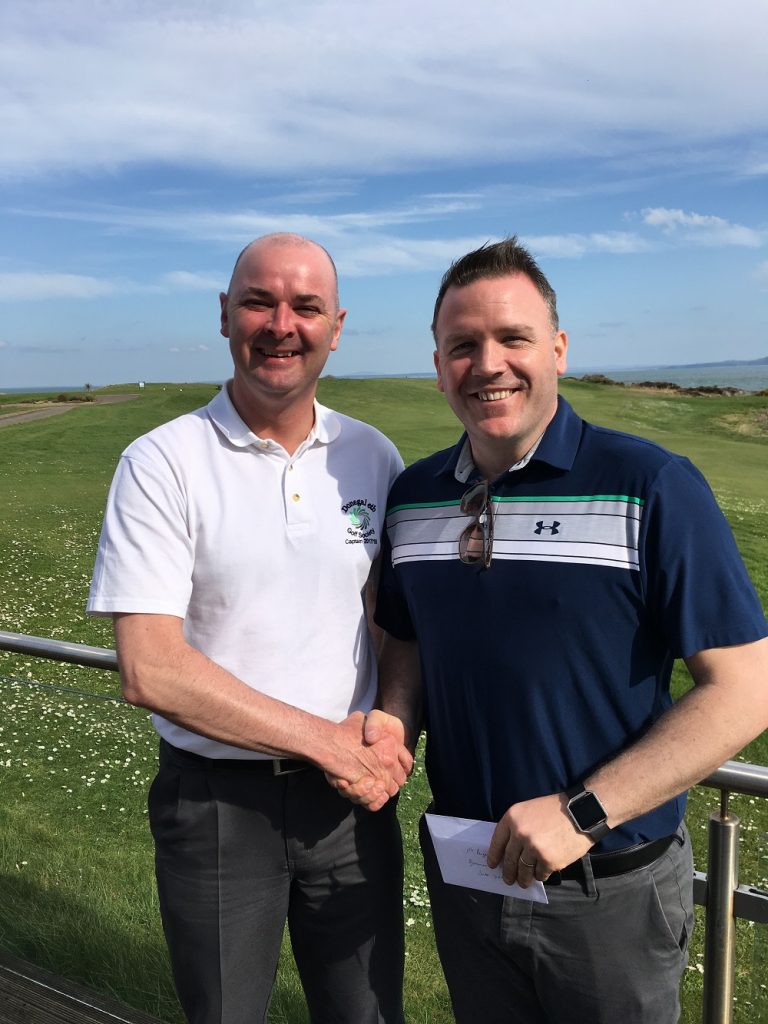 Indeed, the positions could easily have been switched but for Paddy calling a foul on himself during his round in a fine show of sportsmanship that highlights all that is good about this wonderful game.  Well done Paddy!

The excellent scoring continued with a fine pair of 37pts from Sean Murphy and Tommy Greally to fill the top four, Sean securing 3rd place in a Break of Tie.  The retired members prize went to Greencastle member Alex Harkin with 35pts while Society secretary Jim Mc Glynn scooped the Category 4 prize with yet another hefty total of 36pts.

All eyes now turn to Letterkenny and the final outing of Captain Marcel Mc Cafferty’s year on May 12th.  It promises to be quite the shootout as the Golfer of the Year standings are as tight as they have been in many a year.

The top three positions are filled by past winners with Alex Harkin on 63pts with a five point lead over Oliver Plunkett and Paddy Mc Daid, both on 58pts.  Others within striking distance are Pascale Gallinagh on 56pts with Cathal Mc Gee a further three points back on 53pts.

The jostling for positions is as fierce in the race for the ‘Magnificent 7’ crown with Brid Kelly leading the way on 12pts from Kate Gallagher on 11pts and Cathal McGee a further point back on 10pts.

Finally, the society would like to extend its thanks to Greencastle Golf Club for their customary hospitality and to Mr Philip Devlin for all his help on the day.